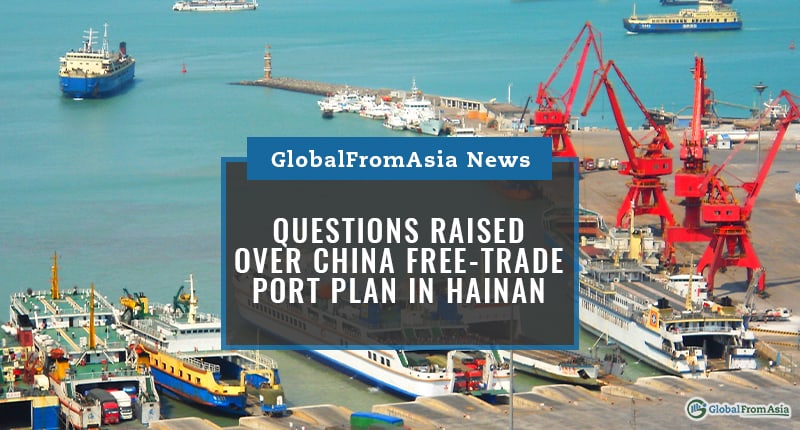 Early this month, China unveiled their plans for a new free-trade port in Hainan. It was released as a “special package” for Hainan. It included the initiative to take away any importing duties from Hainan.

This way, Hainan could be transformed into a possible solution to Hong Kong and Singapore. It is also an answer to China’s risk of decoupling from the United States.

While there are multiple areas around the world that have free-trade and special zones, the one in Hainan is raising some concerns from experts. The issue that people have now is the sheer scale of Hainan.

Hainan is a big island in China. It is the most populous of the islands in China. It plays host to over 9 million people. Despite that, it covers a small area and is even smaller than Taiwan.

Experts see the implications of China’s plan for Hainan as a means to replace Hong Kong. If all goes as planned, Hainan can act as the trading hub that international companies can go to.

Being near to China means that companies can take advantage of the country’s manufacturing capabilities and consumer market.

Apart from that, it can offer duty-free treatment for goods that are coming in. The income tax is also significantly lower and visa requirements are eased for visitors and professionals.

More importantly, it will also allow for goods to enter China duty free as well. However, 30 percent of the value is added on Hainan.

The big difference between Hainan and Hong Kong? The policies in place.

Hong Kong is a member of the World Trade Organization (WTO). This means that there are independent customs regimes and independent trade policies as those set in Beijing.

Hainan on the other hand, does not have any of these. Thus, China may need to establish its own set of regimes and policies. This may cause problems for global trading rules.

The big concern is that this may bypass competition rules. This is because of the policies and the fact that new firms could create open factories that could access the country’s consumer market.

One expert on Chinese customs explained the growing concerns. He says that the Hainan plan is not consistent with the spirit of the WTO. Trade and customs rules need to be applied consistently, despite the territory.