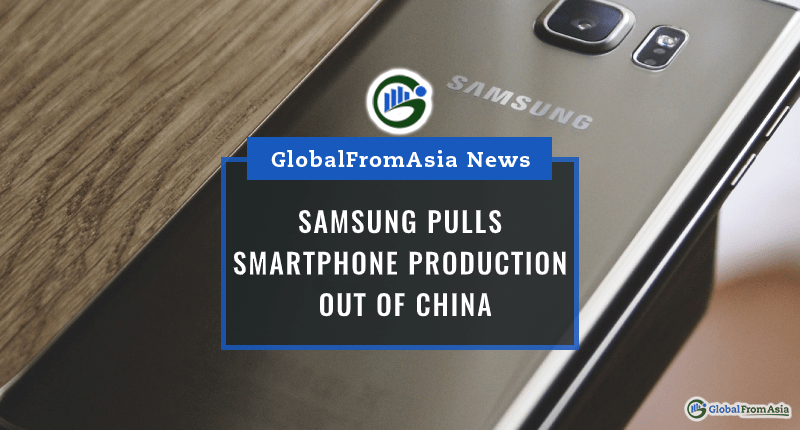 Samsung has pulled all smartphone production out of China. The decision came due to the low market shares the company has in the country.  It is to be noted that China is known as the leading smartphone market in the world. It is the country that sells and uses the most smartphones.

For the longest time, Samsung has held the lion’s share of the Chinese market. However, analysts have projected the decline of Samsung for a while. Apple also finds itself in the same boat right now.

The Rise and Fall

Samsung started its foray into Asian countries five years ago. The move came due to their weakening position in western nations. Thus, it started its exodus to India and China.

From there, they jump started their empire with strong marketing campaigns and a vast distribution network. In those past five years, they were able to enjoy a large portion of the sales in both of these markets.

Yet cracks started to show in their markets in India and China. It started two years ago, when phone manufacturer Xiaomi burst onto the scene. The top spot went to Xiamoi in India. At the same time, Samsung found the rival phone company as its competition in China.

The decline in sales comes from several factors. In addition, it has been a long time coming.

Seven years ago, China established itself as the biggest smartphone market in the world. It surpassed the United States. A report at the time stated that more than 80% of all smartphones shipped in a quarter were from homegrown phone brands.

These phone brands include Xiaomi, Huawei, Oppo, and Vivo.

The truth of the matter is that a sense of patriotic duty guides the buying habits of the Chinese. They would rather buy Chinese smartphones rather than those made out of the country.

Apart from that, the people of China find that the price for the foreign branded smartphones is too high. It simply is not competitive.

How the Dust Settles

With the loss of China, Samsung continues to look at other Asian countries to manufacture their smartphones. They continue to push their presence in India. They are also looking at Vietnam. Both of these countries offer better prices for their products than China.

Despite this, Samsung will continue to sell their smartphones in China.

Samsung was not the only company to end all manufacturing in China. They actually took their cue from Sony. Sony did so earlier in the year.

Apple also finds itself in the same boat as Samsung. They are currently brothers in arms, facing the same issues in China. However, Apple will still be continuing its production in China.