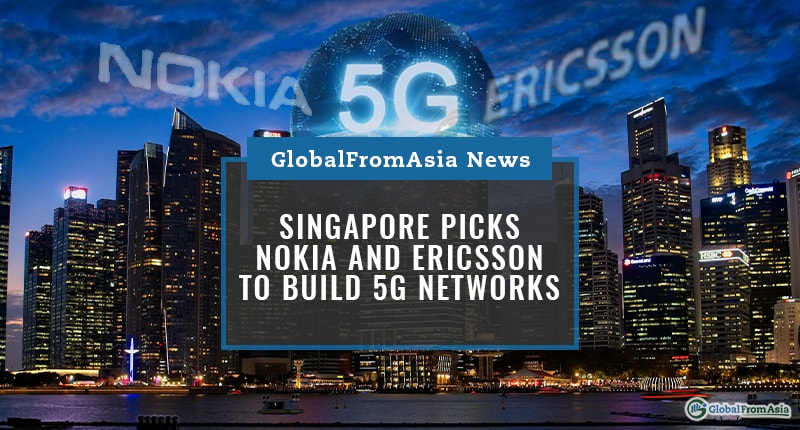 Singapore’s biggest wireless network companies have chosen Nokia and Ericsson over China’s Huawei. These companies will help build 5G networks all across Singapore.

The decision comes at a time when the United States (US) and China continue with their disputes.

One consequence of these disputes is the US openly telling and encouraging their allies to not pick Huawei for their telecommunication networks. The US says that it is because of security concerns.

Singapore has made no direct indication that what the US said pushed their decision. The government of Singapore told their telecommunication companies to select their own network providers. One caveat is that they had to meet certain requirements.

One of the requirements was security.

One of the telecommunication networks was a joint venture between StarHub and M1. They decided to give one of their 5G licenses to Nokia.

The Finnish company will help build radio access networks. The company said that Nokia was their preferred vendor for core and mmWave networks.

They also said though that they are looking at Huawei and China’s ZTE for other parts of the network.

Another telecommunication network – Singapore Telecommunications – opted to give their 5G license to Ericsson for ran, core, and mmWave networks as well.

he government of Singapore stated that they did not exclude any one company or vendor. They said that they had presented their requirements for 5G networks and were merely trying to meet them.

Singapore’s minister for communications and information explained what they were looking for. Their requirements included security, performance, and resilience.

The minister also spoke about Australia’s TPG Telecom. He stated that while they are able to build a localised 5G network, they have chosen Huawei as their vendor of choice.

All the remaining 5G licenses were given out by the telecommunications regulators after completing certain processes. These processes include the selection of preferred frequency spectrum lots and vendor partners.

The 5G networks will help bring faster phone and computer data speeds. Moreover though, 5G networks will be able to connect various machines with one another. These include things like vehicles, any machines, farming equipment, and much more.

Singapore is planning to have their 5G network up by 2025.