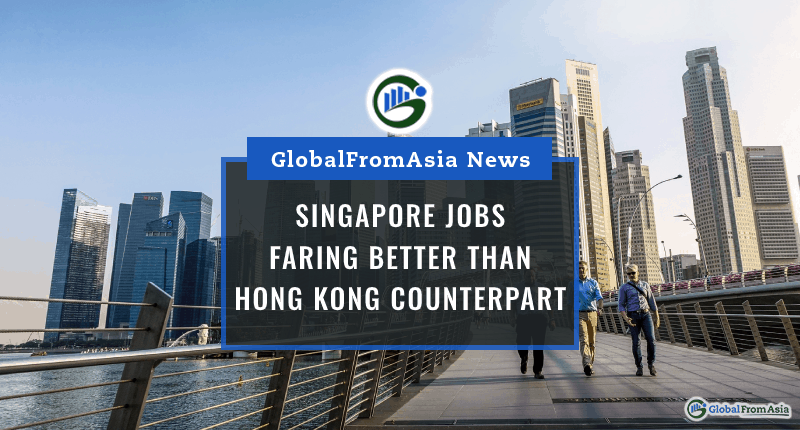 Singapore has been cutting far fewer jobs as compared to their Hong Kong counterpart.

The pandemic has hurt the economies of most, if not all, countries. All countries have been trying to cut costs by laying off staff. However, data shows that Hong Kong has been cutting twice as many jobs as Singapore.

A survey was given to various companies in Singapore and Hong Kong. More than 80 companies were surveyed for Singapore, and 140 for Hong Kong.

The survey showed that only 8 percent of companies from Singapore had terminated their employees to save money. Hong Kong on the other hand has made 16 percent of their stuff redundant.

At the same time, only 8 percent of Singapore staff have been put on unpaid leave. For Hong Kong, that figure more than doubles at 17 percent.

A managing consultant at Comptify Analytics was able to shed light on why Singapore has taken this course of action.

This same consultant also spoke about Hong Kong. He said that Hong Kong is being severely affected by a number of factors. These include the pandemic and the growing social unrest.

The unrest has been amplified. The Chinese government has announced that they will be applying new laws to Hong Kong. According to experts, these laws are trampling on the “one country, two systems” framework of Hong Kong.

Hong Kong’s jobs have been suffering for awhile now. Almost 80,000 jobs were lost since the pandemic started.

In order to stop the bleeding, the government of Hong Kong has a subsidy scheme. The budget for this scheme is massive and amounts to more than HK$80 billion.

This is a subsidy scheme that pays each employee HK$9,000 for six months. Companies can start applying for this on the 25th of May.