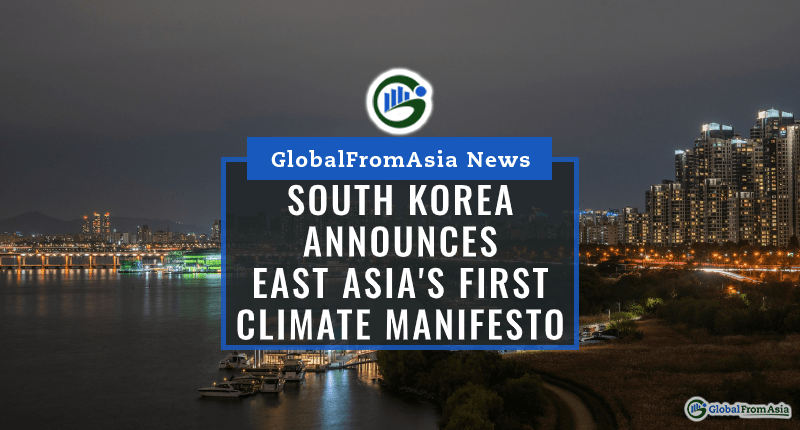 The public party currently ruling over South Korea just made a monumental decision. This decision will aid the world in repairing and improving our climate. They have just introduced the “Green New Deal”.

The Green New Deal is a comprehensive plan that will look at and respond to the climate crisis of the world. This new plan was announced a few days ago, on the 16th of March.

The liberal party is the party currently leading the charge. They announced the plan as the general elections for their country are nearing. They stressed the strong will of the country. They also say that this will allow them to reach zero carbon emissions by 2050.

The climate manifesto includes a number of policies. These are only a few policies that they announced:

These are only a few policies that were mentioned. However, there will be more introduced. The new policies will help with their 2050 goal. These policies came from recommendations from the scientific community.

A campaigner at Greenpeace Seoul spoke about the liberal party’s decision. Jinsul Lee said that the announcement was a crucial and essential one. He also spoke about South Korea’s current emission levels. At present, they are part of the top seven highest CO2 emitting countries.

For decades, South Korea has taken an inactive stance towards the global climate crisis. The new green deal is their way of catching up and participating in the world’s solution.

The new green deal will include several large investments in green energy infrastructures. Apart from that, they will also be eradicating any use of coal. The new carbon tax is being labelled as revenue-neutral. It will not add any burden to the public’s taxes.

One big thing has yet to be announced to help with the 2050 initiative. This is the phasing out of all vehicle carbon emissions from vehicles with internal combustion engines.

The liberal party’s decision was not a decision from out of the blue. Late last year, Greenpeace Seoul delivered the Climate Emergency Policy Proposal. It was sent to the three largest political parties in the county.

Since then, Greenpeace Seoul has been pushing for five significant major policies to be applied. These policies will aid in the creation of a realistic plan for zero emissions by 2050.

When the liberal party announced their climate manifesto, it was a step towards Greenpeace Seoul’s goals. However, they are currently stressing that a concrete and realistic plan is created. This would include roadmaps, timelines, and policies.

Until the manifestos and the policies within have been enacted, Greenpeace Seoul will continue to campaign for them. They have also reached out to South Korea’s second largest democratic party – the United Future Party – to create a manifesto of their own.