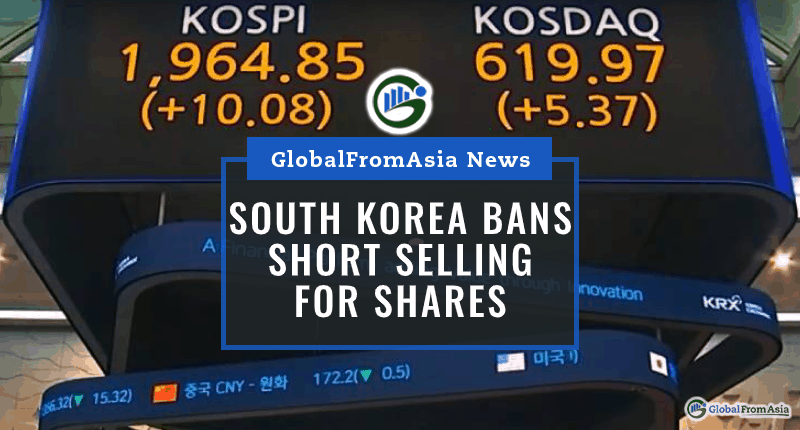 The financial regulation of South Korea has just prohibited the short selling of certain shares on the Kosdaq and Kospi. This ban will start on the 16th of March and will last for six months.

Short selling is when a trader takes shares from a company via a broker. They would then sell them when they expect the prices to fall. Later on, the trader then profits when the price goes down and purchases them again.

This ban was done in order to stop any speculative trading that may arise from the Coronavirus outbreak. These speculative trades may have a significant impact on the economy.

President Moon Jae-in tried to reassure people prior to the drop. He offered possible measures that may help with the Coronavirus’ effect.

This ban on short selling is the biggest step that the Korean government has taken for these problems. The current problem is a mob-like mentality in the share movement. This acts like a domino effect that contributes to the volatility of the market.

Back in 2008, a similar ban was put in place. In 2008, the measure ran for eight months. However, this was because it was only intended for three months and was extended twice.

This is why the initial six month ban is considered the biggest financial measure that the Korean government has done.

These trading prohibitions were enacted last Friday. The hope is that it will quell the fears of investors. This fear actually stemmed from the United States’ (US) market. Recently, the market in the US had the worst crash it has had since 1987’s “Black Monday” crash.

In response, the US will be increasing the cost of their dollars via derivatives. It has been at its highest rate in six years. However, the Korean government foresees that due to this, the US market will have a credit crunch.

Thus, the Bank of Korea is debating on whether they should hold inter-meeting reviews. If this were to happen, the committee that consists of seven members will discuss whether they will cut policy interest rates.

A possibility on the table is that through a 25-basis-point cut, the base rate would fall to 1%. This would be the lowest since more than 20 years ago in 1999.

South Korea is currently experiencing a harsh Coronavirus winter. Outside of China, they hold the distinction of having the current second biggest outbreak in the region. Their case numbers are almost at 8,000.

Despite that, there is a downtrend in activity being observed right now.