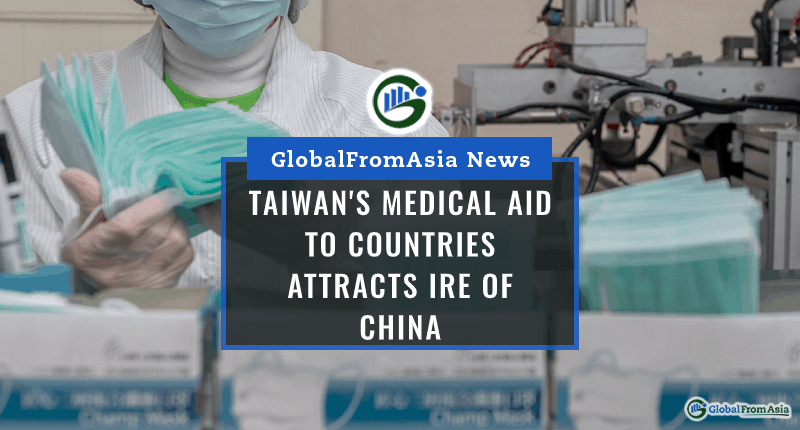 Taiwan has added to their efforts of sending medical aid to other countries. While admirable, it has attracted the ire of China.

The increase of medical aid is seen as an effort to raise Taiwan’s own global profile. They are doing this by offering more medical masks and supplies that many countries desperately need.

People have noted Taiwan’s own efforts to quash the Coronavirus pandemic. It has highlighted the strength of Taiwan’s medical system.

This has also served to raise Taiwan’s profile on the global stage. Many leaders from Europe and the United States (US) have praised and thanked their efforts.

However, this new found attraction though does not sit well with everyone. China does not share the praise that the other leaders have offered Taiwan. The spokesman to the foreign ministry said that Taiwan once prohibited the exportation of masks at the height of the outbreak.

She added that Taiwan should not play “political tricks”. For the foreign ministry, they see these actions as Taiwan’s ploy of gaining access to the World Health Organization (WHO). In addition, she questioned why China’s own donations to the US had no similar praises.

She ended with a warning. In it, she acceded that while help and solidarity are currently important, it must not be used to hurt China’s core interests. As she says to those who plan on doing so, “they should be very careful.”

China, specifically Beijing, has always seen Taiwan as a part of their own territory. They describe it as a territory that awaits reunification with the mainland. This reunification may take place forcefully, if necessary.

Warnings have already gone out to other countries. There were warnings to not support Taiwan’s efforts in joining international operations, including the WHO. The WHO is already following suit and does not recognize Taiwan as a sovereign state.

Taiwan’s President made statements regarding the ban on facial masks and why it was subsequently lifted. She said that the island simply couldn’t stand by and see so many people in need.

She also said that they will be increasing their levels of cooperation. They are doing this to hinder and fully stop the pandemic. If they do not, it would not end and Taiwan would remain in trouble as well.

She also outlined the extent of the support they will offer. As many as 10 million masks – or a full day’s production – will be offered to medical workers who are working in countries where the spread is bad.

It is clear that Taiwan’s efforts have proven extremely potent. They have attracted praise from over 30 countries. These countries have been asking them for advice on how to handle the outbreak.

Apart from advice, they will be donating at least 7 million masks to severely hit countries. These include Spain and Italy.