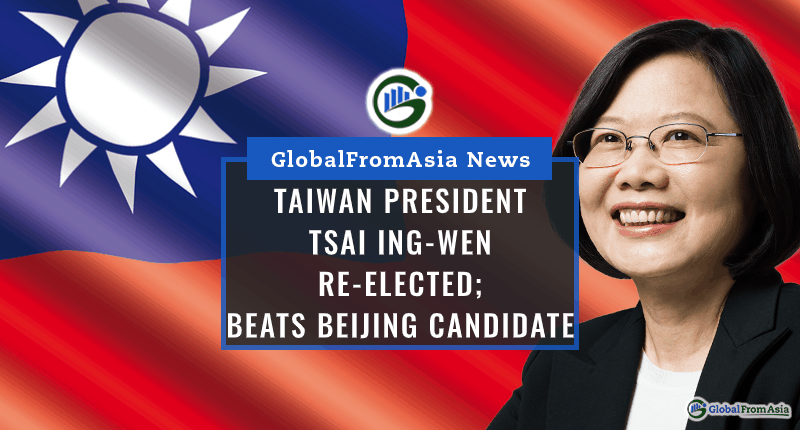 Taiwan President Tsai Ing-Wen has just won the election, starting her second term in office. She beat out the candidate close to Beijing.

Tsai was going against Han Kuo-yu. Han is representing the Kuomintang party. He is considered the candidate of Beijing.

The elections showed that Tsai was able to receive more than 8 million votes. This constitutes more than 50% of the voting population. This is considered the biggest victory gap since Taiwan first elected a president more than 20 years ago.

Tsai’s political party, the Democratic Progressive Party (DPP) was also able to maintain a majority of the votes throughout the elections.

Tsai’s win was also surprising due to the results of a local election two years ago. In that local election, Tsai’s party lost a total of seven out of 13 cities to the Kuomintang party. People say that this was because of her ineffective economic and social actions.

However, the biggest wave that turned the tide in Tsai’s favor happened (and is still happening) all the way in Hong Kong.

This has prompted many citizens of Taiwan to fly back and vote in this presidential election.

A Battle for Taiwan

When the Hong Kong protests started, the people of Taiwan watched closely. It sparked fear in the “one country, two systems” framework that would be applied to Taiwan.

China has always held that Taiwan was its own territory. They have stated time and again that they will not hesitate to use military violence to unify the territories. The truth is that Taiwan never belonged to Communist China.

After threats of military action, representatives of numerous Taiwan tribes came out. They explained that throughout their tribes’ 6000 years in Taiwan, they were privy to the comings and goings of several countries. These include China, Japan, and Spain.

When Tsai won her first term in office, Beijing halted all their actions with Taipei. They attempted to enact several coercive plans that would cripple the economy of Taiwan. One of these ways was to limit the number of Chinese tourists to Taiwan.

In an interesting turn of events, Han’s platform for his presidency was solely based on remedying this. He promised that Taiwan’s economy would improve under him. However, this is an action that makes Taiwan wholly dependent on China.

Despite Tsai’s recent win, China has not changed their stance. They still state that Taiwan is a renegade province of China.

Similarly, Tsai has also stated that she and Taiwan will not cower to the intimidation tactics of China.

Tsai has called for a meeting with Beijing. However, she hopes that Beijing understands that Taiwan will not back down with their stand of being a country independent of China.