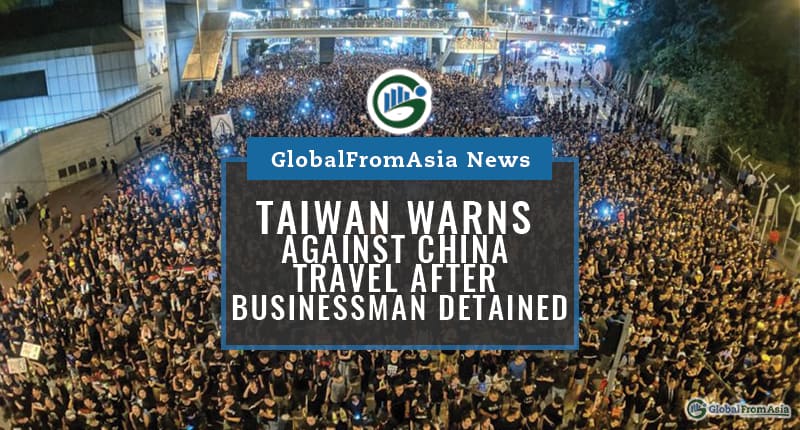 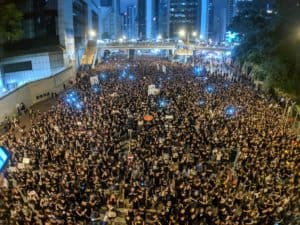 (A moment of the protests going on in Hong Kong)

A Taiwan businessman was detained in China last 19th of August. Due to this occurrence, the ruling party of Taiwan has warned all its citizens about travelling to Hong Kong or China.

The businessman’s name is Lee Meng-chu. He is 43 years old and was visiting Hong Kong early on. On the 19th, he was travelling over the border to get to the city of Shenzhen, a city in Mainland China.

His itinerary for the day was supposed to lead him to Chen Ya-Lin, a friend he was supposed to meet in Jakarta a couple of days later. When contacted, Chen stated that Lee attended a protest in Hong Kong right before he left to go through the border.

A spokesman from China’s Taiwan Affairs Office released a statement about Lee. The spokesman said that Lee was currently being questioned due to certain “criminal activities” that could affect the national security of China.

No further details were added to this statement.

The situation has led Taiwan’s Democratic Progressive Party (DPP) to release warning regarding any future travel of its citizens to Hong Kong and China.

The spokeswoman from DPP – Hseuh Cheng-yi – stated that the situation between Hong Kong China is “severe.” While she said that all travel to these locations should be reduced, she also offered advice if travel was needed.

The advice she gave was that if anyone needed to travel to Hong Kong or anywhere in China, make sure to let your relatives and friends know about your whereabouts and plans at all times.

Lee was not the first person that China has detained in the guise of national security. Last August, an employee working for Hong Kong’s UK consulate was also taken.

The consulate’s itinerary was opposite from Lee’s. He was on the way back from Shenzhen to Hong Kong when Chinese officials detained him. At the time, his girlfriend lost all contact with him and no concrete news on his whereabouts were known.

He was released three weeks later.

This detaining happened a couple of months after the protests in Hong Kong began. According to the consulate’s girlfriend, he had not attended any of the protests. He did have a social media post at the time of the protest’s start that showed support for it.

Apart from that, the president for Xinjiang University was also taken two years ago. This president was on his way to Germany for a trip when he was taken by Chinese officials. The official reason for the detaining was a “separatism” charge.

Tensions Between Hong Kong and China

The others include greater democratic freedoms, the release of those previously arrested in the riots, an investigation into the police brutality, and Lam stepping down.

Despite one out of five of those demands being met, the tensions between Hong Kong and China are rising. Only days after, there were reports of drain cleaner being thrown off a roof and landing on several protesters.

The protesters were burned on different parts of their body.

While it has not been determined who threw the drain cleaner off the roof, it happened during an anti-government rally.

More than 50 years ago, the Chinese civil war ended. With it, Taiwan was able to move away from China and govern itself in a one-party rule of democracy.

Despite that, China still has hopes of one day taking Taiwan again and reuniting it as a nation under one flag. China still sees Taiwan as a province that has reneged.

In several shops in China, you can purchase wares that show images and symbols that promote the retaking of Taiwan.

However, no moves have been made by China due to political reasons. Chief among them is the threat of the United States stepping in and assisting Taiwan.