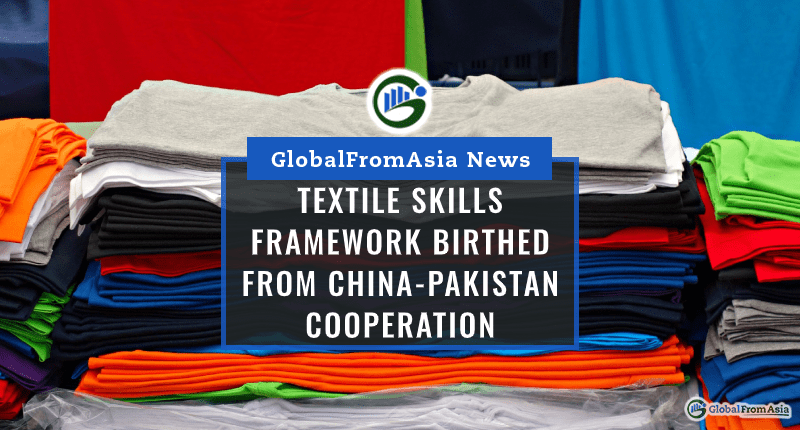 China and Pakistan have agreed to have a textile skills framework. This new framework came from the recent China-Pakistan Economic Corridor or CPEC.

The two countries have agreed to develop a textile cooperation framework. Under this framework, they will focus on textile skills training, garments, and even fibers made by people.

This came about after a one-day workshop. This workshop was created by the Board of Investment. The goal of the workshop was to talk about Pakistan’s textile sector. It is one of the prioritized sectors of Pakistan.

Two of China’s big corporations and commissions conducted the workshop. These include the China International Engineering Consulting Corporation (CIECC) and their National Development & Reform Commission (NDRC).

The study revealed that Pakistan’s textile mills have massive potential. It also exposed numerous flaws that need to be addressed for it to get off the ground.

Multiple action items have been agreed upon. For one, China will continue to provide skills and technical training to Pakistan. This training will help to speed up Pakistan’s textile sector among others.

Apart from that, they have identified several key areas that need to be addressed. These include the need to fix the business environment of Pakistan. They want to ensure that contracts can be enforced moving forward.

In addition, there is also a need to rehabilitate the bankruptcy law of Pakistan to make it more effective. The tariff sector of Pakistan also needs to be re-analyzed and fixed.

A Closer Look at the CPEC

The CPEC is a monumental deal that could potentially lead to a prosperous future. Both countries invested an approximate of $52 billion.

In truth, the CPEC helps materialize Chinese President’s Xi Jinping’s dream. His dream is to link China commercially to other areas. These areas include Africa, Europe, and the Persian Gulf.

The Chinese groups behind CPEC have had numerous projects on infrastructure. They have created numerous railways, highways, and energy pipelines. These include projects like the Thar Coal Power Project, the Clashma Nuclear Power Plant, and the Karakoram Highway.

The cooperation between China and Pakistan is an interesting one. While the CPEC has everything to make it look like a good investment, many people are skeptical of it. The skepticism comes from the fear of tipping the balance on a geopolitical level.

There is also a fear of this cooperation creating debt traps and transparency problems.

If you’d like to see a materialization of these fears of debts and transparency, look no further than in the United States. Ever since the CPEC came out, they have been sharing negative comments about it.

In a recent visit, the principal deputy assistant secretary for the Bureau of South and Central Asian Affairs of the U.S. State Department expressed just that.

Both China and Pakistan reject these allegations. In a joint statement, they affirmed that they are committed to being as transparent as possible. They also said that they are all for mutual consultation and cooperation for the benefit of the many.