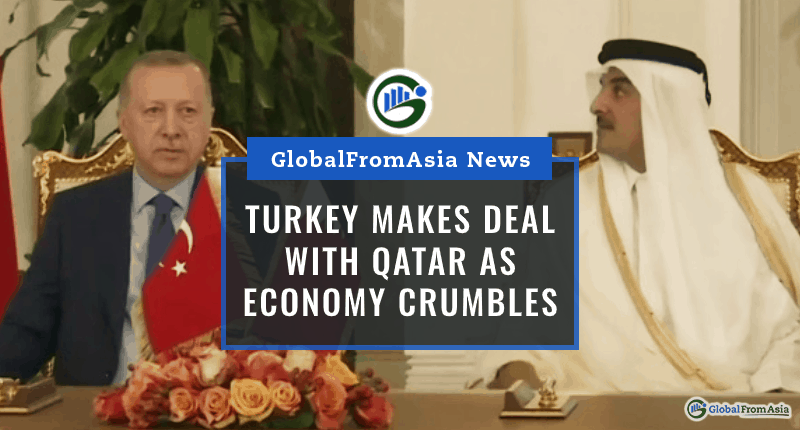 Turkey has just made a deal with Qatar that hopes to keep their crumbling economy together.

Qatar is a new foreign source of foreign exchanges for Turkey. This move was done because authorities from Turkey are trying to stop their economies from crumbling altogether.

Banks from both Qatar and Turkey already have existing swap deals. This new deal will increase the swap limits of both countries. The limit will be tripled and will rise to a whopping USD $15 billion.

This raised limit will serve to smoothen bilateral trades for each of the country’s currencies. Apart from that, it will also help stabilize the finances of both countries. In fact, Turkey’s Lira swung to a gain right after the announcement of this new deal.

Prior to the deal, investors were beginning to question the size of Turkey’s stockpile. They started questioning the Turkish government because the central bank boosted them. They did this by including dollars borrowed from certain lenders in its foreign holdings.

The truth is that the Turkish government has been dependent on state lenders for a while now. It was their hope that they could fill dollars into the market.

Apart from that, finding a foreign investor became an urgent priority. This was because the gross central bank reserves were down to $17 billion. For reference, at the start of the year, the reserves were a little bit less than $90 billion.

Prior to the deal, analysts who had visibility of the situation were saying that the reserves could run out by July. As the Lira struggled, the government was spending approximately $440 million to hold the currency up.

Qatar has always been supportive of Turkey’s President Recep Tayyip Erdogan. Back in 2018, Turkey was undergoing a crisis with their currency. Qatar helped Turkey out by opening up a credit line.