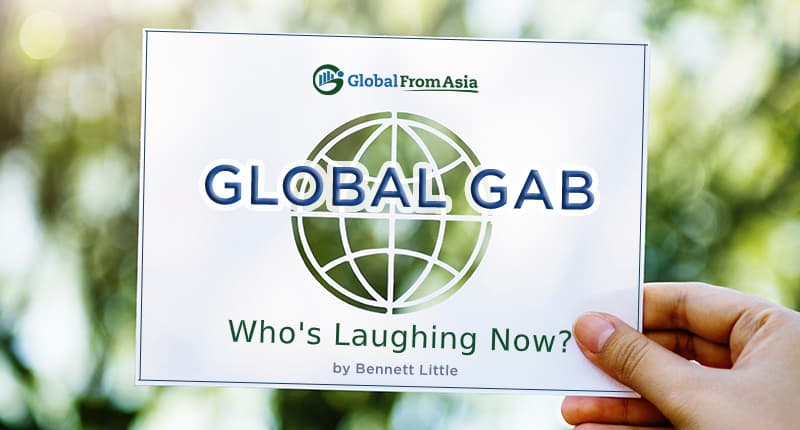 It’s now the day after China’s National Day – 70 years since Mao Zedong (Mao Tse Tung) oversaw the raising of the flag of the People’s Republic of China on October 1st, 1949, at the Gate of Heavenly Peace (Tiananmen) in Beijing. So much has transpired in this iteration of China that for me to even attempt a synopsis, less an evaluation, and even much less a prognosis, would be arrogance in the attempt to do such a subject any justice at all. In 1949, the country was destitute, ravaged as it was by war, disease, poverty, and the neglect of its erstwhile previous rulers (emperors, elected officials, warlords – take your pick).

From those ruins emerged a powerhouse – never in the history of the world have so many been lifted from poverty so quickly. No more than anyone reaching the age of 70 wishes to dwell on aches/pains/past mistakes while he/she celebrates such a milestone, I have no intention of addressing the problems increasingly apparent in the societal fabric. This is a week of celebration, of acknowledging the triumph of diligence and effort over the worldly naysayers who, in their scholarly pendantic know-it-all assurances, stated that, “it couldn’t be done”. Well, they were partially correct, in that ‘they’ certainly couldn’t do it. But, as we have seen, it was done and done most spectacularly – the bridges, the buildings, the airports, the roads, the ports.

How I Remember China

I remember going to China about 30 years ago, just as it was opening up, and noting the drive, the enthusiasm, the can-do spirit…..I loved it and I am glad to have had a small (you might say ‘little’) hand in helping it achieve that of which it should justifiably be proud. Before, the world was dismissive – now the world is jealous. Neither approach is productive.

China has given the world so much over the millennia – the writings of Sun Tzu, Kongfuzi (Confucius), and Laozi (Lao-tzu), just to name 3. The medicine, the silk, the nautical voyages of Zeng He – Christopher Columbus followed a map written by Chinese and gifted to the King of Portugal; it was purloined out of their library by a spy in the pay of the rulers of Spain – gunpowder, movable print printing presses (before Gutenberg)….the list is staggering and staggeringly endless.

There is no question that economic, political, and social ills will have to be addressed in a pro-actively positive manner that has, until now, been in scant evidence. Okay, it’s said – but name me the place (other than Heaven) anywhere that doesn’t have problems. This place, this China, 70 years ago was a write-off in world opinion and regard. 30 years ago, all I heard from foreigners (who were certainly not shy in bellowing their opinion) was how backward it was, how dirty it was, how the toilets smelled blah blah blah – and now we fast forward 30 years and see states in the USA essentially bankrupt, see cities like Detroit that you do your best to just pass through and wish that you didn’t have to even do that.

I am not suggesting that we cheer for the Chinese system – there is plenty wrong with it, as many Chinese are all too aware and increasingly not shy about mentioning. But, for the nonce, let’s cheer for the present triumph of man over the gut-wrenching adversity that was China 70 years ago, the phenomenal success that the current People’s Republic of China represents for mankind as proof positive of its possibilities, as an example to the ages of what man can achieve. I remember going to the Guangzhou Fair by train from Hong Kong and seeing people moving a mountain literally bucket by bucket – foreigners exclaimed and laughed as to how ‘primitive’ it was. Today that effort is now part of the super-highway connecting Shenzhen with Guangzhou (2 of the world’s top 40 biggest cities ranked by GDP). Yo, bud, who’s laughing now?