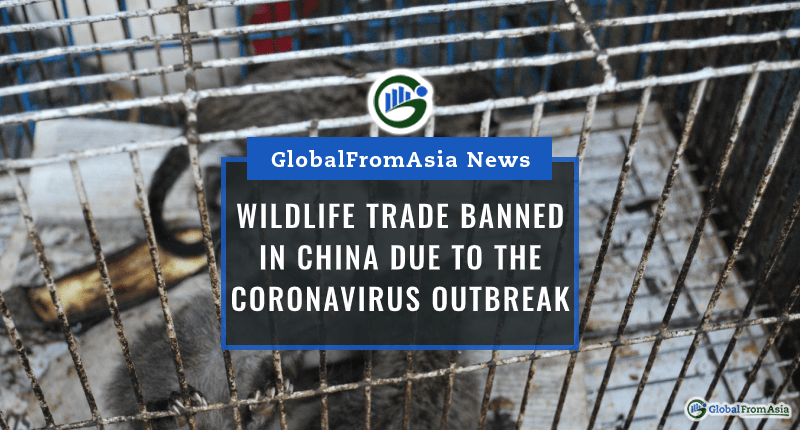 The Chinese government has banned the trading of all wildlife. This came about because of the continuous spread of the Coronavirus.

A temporary ban has been placed throughout all of China. This ban will stop the country from selling wild animals. This temporary ban was put in place to supplement and enforce the already existing laws for trading and consuming exotic animals.

The ban covers everything from markets, restaurants, and online store platforms. The species included in the ban are snakes, crocodiles, peacocks, and many others. Several of these species can be bought through the online shopping site, Taobao. This is run by Alibaba.

The chief reason for the ban is the Coronavirus. The virus originated in a market in Wuhan. This market sold animals that are not common.

However, there is a bigger reason for implementing the ban. China’s demand for wild animals is quite high. This includes exotic and uncommon animals. Due to the demand though, it is hastening the extinction of certain species.

Despite the ban, numerous scientists from China still call for more. Scientists from the Chineses Academy of Sciences urge the government to seek and shut down several markets that sell these animals.

While the ground zero market for the Coronavirus has been found, there are still others that need to be found.

This same group of scientists explained that the sale of these exotic animals thrives through loopholes in the legal wildlife trade system. This allows for new viruses to develop and spread.

New York’s Wildlife Conservation Society heard this plea. They are appealing that all such markets all over the world need to be shut down too.

The case of exotic animals in China is a puzzling one. This is because they have gone through something similar almost 20 years ago when the deadly SARS burst on the scene.

Updates on the Coronavirus

The cauldron of the Coronavirus is bubbling. The virus’ death toll has now reached 80, and the number of cases is just a couple hundred shy of 3000.

Wuhan – the city where the Coronavirus originated – is now in total lockdown. Transportation has been suspended. This includes buses, trains, and airplanes. The government has implemented certain actions to contain the disease.

Despite the intent, the Coronavirus has left its origin city. Currently, more than 10 Chinese cities are on partial or full lockdown. Several of these cities are being told to wear masks at all time.

It has also spread across the globe. It has travelled to places such as Hong Kong, the United States, Japan, South Korea, and many other countries.

It is clear that the Coronavirus has grown into something massive and serious. The Chinese government has already allocated more than $1 billion to address this crisis.

While the cure for the Coronavirus has not yet been discovered, a treatment plan is already in place. Certain drugs used for HIV patients are currently being used to treat pneumonia in the meantime.