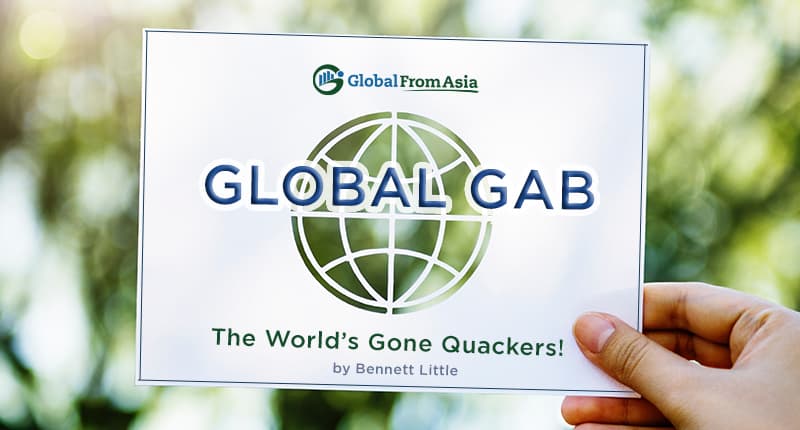 On June 30th, 2020, the Nikkei Asian Review’s headline was succinct, “China retreats from 50-year pledge of Hong Kong’s autonomy”. The next day, July 1st, the National Security Law went into effect, giving the police the right to break into premises and to also monitor phones and computers, all without a warrant.

It is now against the law to criticize the government of Hong Kong (or China, duh!) in public or private – tech firms are already starting to leave (Bloomberg reported that Facebook, Google, and Twitter have not processed government demands for user data), Deutsche Bank is moving their Head Office for Asia to Singapore. 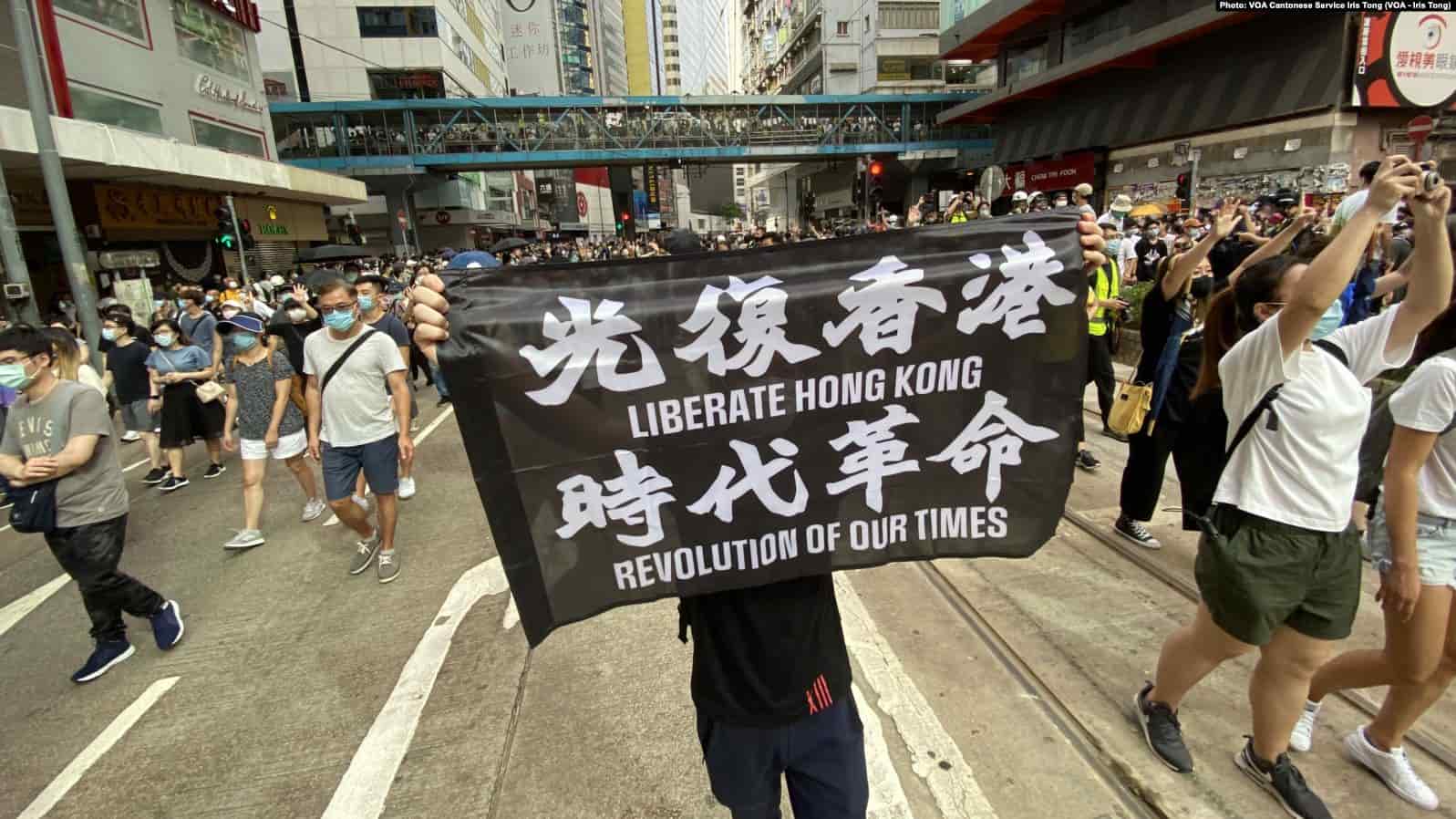 The things that the citizens of Hong Kong were upset about – poor government, the abominable public school system, the pitiful response to the coronavirus – these are all being ignored. The result will surely be a Hong Kong diaspora – just as Uganda has never recovered from the Indians leaving due to Idi Amin (may he rot forever in the deepest fires of hell) so, too, will Hong Kong’s loss be the world’s gain. The Wall Street Journal reported on July 6th that Hong Kong libraries were already pulling books by pro-democracy figures from circulation. QUACK!

China has called the world’s criticism of its broken promise as, “foreign meddling” (Bloomberg, July 1) and, on the same day, The South China Morning Post quoted The Director of the Chinese Government’s Liaison Office, Luo Huining, as stating (among other things), “Britain plundered the city to an astronomical degree” and that, “before China came there was no democracy”.

That last is actually true – under Chris Patten and his predecessors, there was no democracy either, but that does not change the fact of this markedly worse state of affairs. QUACK!

But the world is finally waking up – Bloomberg reported (also on July 1st) that evidence has surfaced that a Chinese hack was responsible for the death of what was Canada’s biggest company at the time, Nortel (which accounted for 33% of the value of the TSE in its heyday)…of course they had ‘help’ (sic) from the sheer arrogance and stupidity of Nortel’s top executives.

This is but one in a long list of IT thefts that continues unabated to this day (BBG reported that the US Government today charged 2 Chinese hackers with stealing virus vaccine information, among other data). QUACK

On July 2nd, the world learned that it is not only Donald Trump who can foment outright tripe and present it as truth – Carrie Lam (SCMP) stated that the new security law was a “birthday gift (for the people of Hong Kong)” and that the law is “constitutional, reasonable, sensible, and lawful”. Well, with all due respect, saying that a pig’s anus is Guangdong duck doesn’t make it so. QUACK QUACK QUACK!

Donald, though, still is the YUGEST QUACK ….not content with telling people previously that the virus is “harmless” and that it will “be over by summer” and that “masks aren’t necessary”, he has now emasculated the FDA to the point that the Commissioner stated publicly that he wasn’t, “gonna say who’s right and who’s wrong” vis-à-vis Donald’s statement on July 5th that, “99% of infections are harmless” QUACKETY QUACK!

Denied it before, demanding it now

Modi of India, not to be outdone, publicly demanded on July 9th (Nikkei Asian Review) that Indian pharma must have a vaccine for the coronavirus ready by August 15th – the well-intentioned onlooker would assume that he is concerned about the massive spread of the virus in India, with 30,000+ new infections now being reported daily (and that’s with severely limited testing ability)….but, alas, his chief concern seems to be the desire to have bragging rights in his Independence Day speech.

He demands a vaccine for a virus that 4 months ago he was denying, a virus that has been shown to be more difficult to determine than anything preceding it – no matter what they get, there is no way that they could test it properly (if at all) in time but that doesn’t seem to bother him. What a CLUCK!

Shrugs it all off 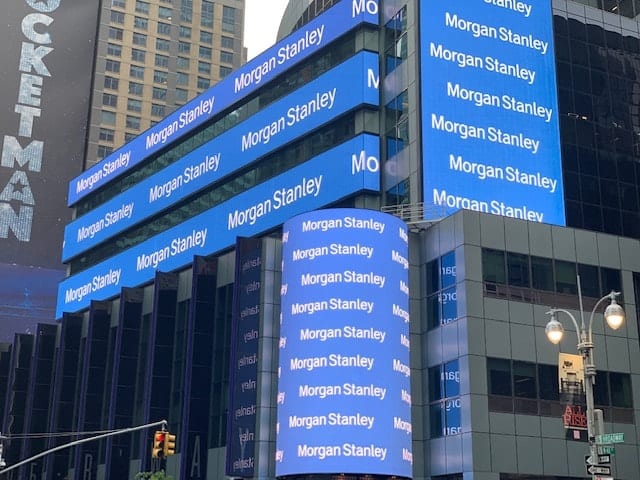 The stock markets keep going up – irrational exuberance to the max. Consider that name brand firms are going broke daily – Hertz, Penney, Chesapeake, Neiman Marcus, Brooks Brothers – and that Morgan Stanley took its largest provision against bad debts in its history – US$10.9 billion!

The day that its figures were made public, the stock went up because the company actually made more income in underwriting and trading. But the fact remains that this money was made only because of the rare governmental spigot being opened.

Industrial firms in China will soon hit a debt wall (BBG – July 8) and there is a property bubble building (WSJ). Dr. Fauci (BBG – July 2nd) stated that the virus may be mutating in a way that makes it easier to spread. And the world shrugs all this (and much much more) off and the stock markets go up.