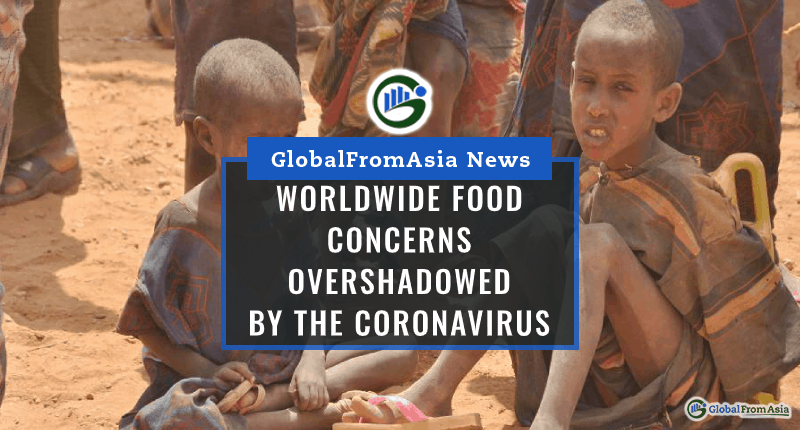 In the Shadow of an Epidemic

The World Health Organization (WHO) has recently elevated the Coronavirus to a pandemic. Thus, it is now classified as a disease in most corners of the world.

Global news all but confirms this new classification. Every day, there is news about new cases in different countries. The case numbers continue to rise. Several countries are on lockdowns. These countries include India, Italy, the Philippines, and even the independent city-state of Macau.

The bleak shadow that the Coronavirus spreads has covered many other important pieces of news. Case in point are the food emergencies emerging from different parts of the globe.

A recent United Nations (UN) report states that 10 million North Koreans are in need of food assistance. The report states that the country’s farming was affected by dry and irregular climate patterns. This unconducive farming weather actually persisted all throughout 2019.

The average rainfall in the first quarter of 2019 was approximately 57mm. The last time this menial amount of rain fell was more than a hundred years ago in 1917.

Apart from the weather though, there are various other problems that contributed to North Korea’s food shortage. These include the lack of farming materials in the middle of global sanctions.

Tip of the Iceberg

North Korea’s food shortage is just the tip of the iceberg. There are many other countries that also have the same problem. However, the reasons vary widely.

In other parts of the world, there is a locust emergency. This emergency has affected people’s food supplies, health, and even jobs. East Africa, South Asia, and the Middle East have been affected by this.

At the time of writing, 20 million people have been affected by this locust crisis.

The biggest problem the world has with locusts is that they are unprepared for this massive effect.

For all intents and purposes, locusts are a normal fixture in crops. When it rains, locusts come and plant their eggs in the wet soil. However, the amount of locusts now is the biggest it has been for the last quarter century.

Inversely to North Korea’s predicament, these locust-swarmed nations have had a bit of a “wet spell”. The rains have been coming non-stop and have been characterized as uncharacteristic.

As such, the Food and Agricultural Organization based in Rome is asking for almost USD$140 million. Some of this money will be used to lease aircrafts. These aircrafts will help to drop chemicals that will stop the proliferation of locusts.

Many of these countries have their own offices that monitor the locust population. They also advise on possible crop losses. However, there is news that certain member countries or cities have not been able to pay their membership fees.

For now, the biggest concern of these countries is emergency food rations.