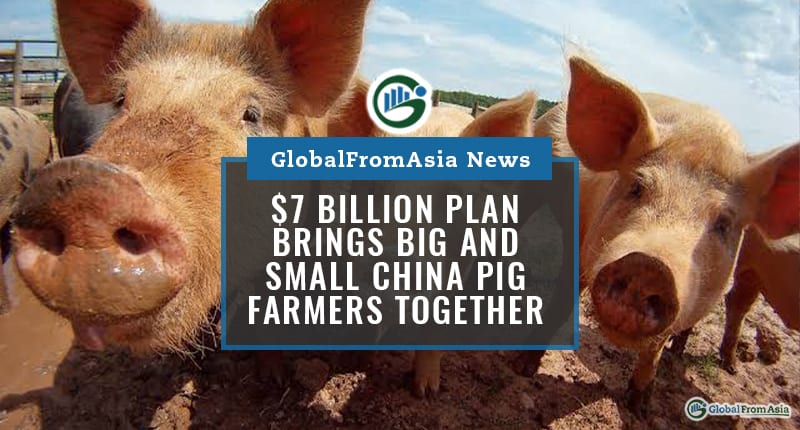 A new plan worth $7 billion is being enacted to combat the dwindling rates of pigs in China. This plan will see China’s major pig farmers partner up with smaller farms.

The plan will see established pig farms in Beijing work together with smaller farms from local governments. These smaller farms are usually run by families rather than big companies.

On the roster are 15 big farms from Beijing. These big farms have already signed as many as 19 agreements with locally-based pig farms. These local pig farms span over 15 cities within China. These include Engshi and Liangzhou to name a few.

This government initiative has an investment of over 50 billion Yuan. This roughly equates to more than $7 billion Dollars. The government came up with this plan to battle the decreasing number of pigs in China due to African Swine Fever.

The big farms will be helping the smaller farms in a number of ways. First, the agreements between these two farms need to be expedited with the help of the big farms.

They will do this by creating standardized farms fit for households. Apart from this, they also need to create refrigeration and slaughter areas.

The expected goal of this partnership is the raising of more than 22 million pigs every year. As many as 33,000 families will be included in this endeavor. Despite having a quantitative goal on the horizon, the Ministry of Agricultural and Rural Affairs has set no timelines.

The Severity of the Swine Sickness

Earlier this year, China’s hogs were afflicted with African Swine Fever. It is a viral infection that gives pigs a fever. Eventually, it will kill the pigs. The whole cycle of the fever can take as quick as a week.

Due to this, the pig levels in China reached a desperate level. Last September, China had to release their emergency pork supplies to the public.

This is a massive problem for China. China consumes the most pork throughout the whole world. This rate is increased when there are special events or occurrences, like the upcoming Chinese New Year.

Back then, the Chinese government had a bevy of things to implement in an effort to battle the pig crisis. Apart from releasing the emergency pork supplies, they also offered subsidies to families affected by the African Swine Fever epidemic.

They also wanted to try out artificial insemination. This looked to encourage more farmers to breed more pigs.

Finally, in a desperate scramble, Chinese farmers were also trying to breed pigs that are as large as polar bears. The logic was that these massive pigs – while quite expensive – would help with the crisis because lesser pigs needed to be raised. However, it would yield more pork around.

This pig problem has been going on for a good number of months. Only time will tell whether this new plan will give the Chinese people the much needed stabilization of their pork levels.