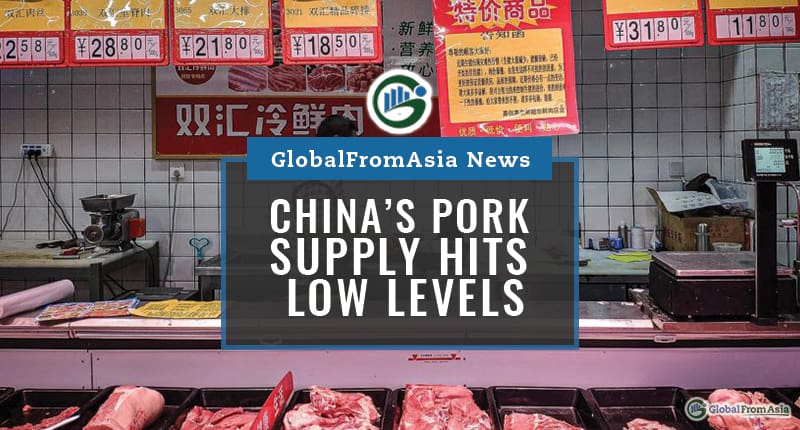 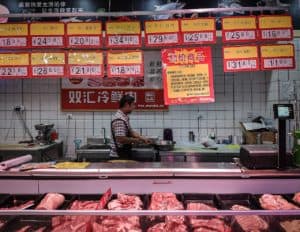 China’s pork supply has reached low levels. Due to this, several cities within China have resorted to releasing their emergency supply of frozen pork meat.

Currently, there are four cities that are relying on this emergency supply of frozen pork. The combined population of these four cities comes to approximately 130 million.

Apart from trying to fill the gap in the supply, the Chinese government also did it to hopefully normalize the prices of pork.

Despite this latest move by the Chinese government, experts say that it may still not be enough to cope with the rapid loss of China’s pork supply.

Why are Supplies Low?

China has always produced a good number of pigs. In fact, they produce more than half of the world’s pig populations. Of all those produced in China, only a small amount of them are exported out to the world.

Late last year, Chinese pigs were hit with African swine fever. The disease is a viral infection that causes hemorrhagic fever, and eventually death in pigs. The whole cycle of the disease – from infection to death – could take as quick as a week.

In response to this, China’s government set up quarantine zones within the country. They monitored the movement of the live pigs and even closed several markets that had live pigs.

By the start of this year, at least a million pigs have either died or been slaughtered.

Back then, the Chinese government planned to have an emergency supply on hand whenever emergencies happen or when the price of pork needs to be stabilized.

Apart from the pork in cold storage, they also have a number of pigs that they release to their people and farmers in the event of a shortage.

Throughout the years, the Chinese government has not published any reports or data on the amount of emergency pigs – both in cold storage and live – that they have.

While they have not been touching their emergency supply for a while, things are still a bit rocky.

What is China Doing About the Pork Problem?

So what does China need to do now? How do they navigate through this pork crisis they are currently in?

They have started enacting their reactionary plan to the African swine fever epidemic. They are releasing pigs to the public in order to stabilize price and supply. However, prices still remain quite high.

In order to help families with incomes that may not be able to afford pork at the moment, they are giving out subsidies that will hopefully help in the pork they need to purchase.

The government has also called for the people to help out by consuming less pork than they normally do. This past week, they released an article explaining why eating pork was bad. It stressed its cholesterol and fat content.

Finally, the government is looking into the artificial insemination. They hope that this can stop farmers from being discouraged and push them to keep breeding pigs. However, this requires some sacrifice from local government units in terms of their budget.

With all of these solutions and reactions in place though, experts are still quite skeptical about China solving the problem or coming out unscathed. The swine fevers in other countries also adds to the woes that China needs to contend with.

This crisis has come at a weird and ironic time, with this year being the Chinese Year of the Pig.