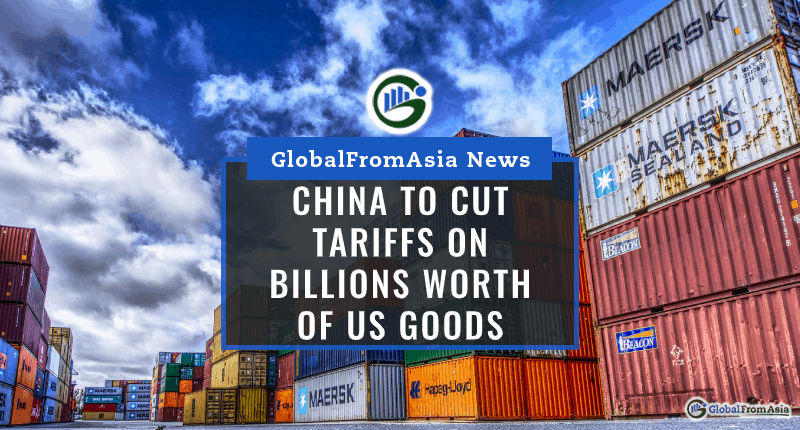 The Chinese government has recently announced that they will be cutting the tariffs on billions worth of US goods. The U.S. goods are known to be valued at around $75 billion.


The United States and China have been involved in a trade war for over a year. Recently, a phase one deal has been implemented. This deal is moving thing forward and strengthens the cooperation between the two nations.

Prior to this deal though, each country was doing their best to put pressure on the other. These tariffs are a good example of China’s efforts.

Last September, China put a 10% tariff on all goods being imported from the United States. China’s Ministry of Finance has said these tariffs will now be cut in half.

The Ministry of Finance released a statement on their website. The statement sought to explain their decision of halving the tariffs. They said that it was done in order to move the healthy relationship of the two countries forward.

Another revealing factor on this move was a separate article on the Ministry of Finance’s website. This article said that they would be timing the cutting of tariffs with the United States’ own tariff cuts.

The United States will be halving the tariffs they have imposed on Chinese goods. These goods are currently valued at US $120 billion. The original tariff of 15% is being decreased to 7.5%.

Just What They Needed

China also said that the next adjustment of tariffs will depend on the cooperation between the two countries. They also added that they hope to eliminate the tariffs altogether.

The Chinese yuan also rebounded after the news. They strengthened their offshore and onshore lasts.

Experts analyzing the occurrences have said that these are good signs. They say it is indicative of China’s readiness to move past the phase one deal they initially had with the United States.

The chief investment officer at Jevons Global is a bit skeptical as to China’s motivations. He says that Chinese is under enormous economic pressure. The Coronavirus has also begun to affect the economies of China and other countries.

However, he also states that the move feels positive. He acknowledges the benefit of continual cooperation. This could result in the lowering of tariffs and an improved relationship between China and the US.

He says that if the other points currently raise can be negotiated, then things may move forward.

The United States still has tariffs on other Chinese products worth $250 billion. There has been no word if or when these tariffs will be decreased.