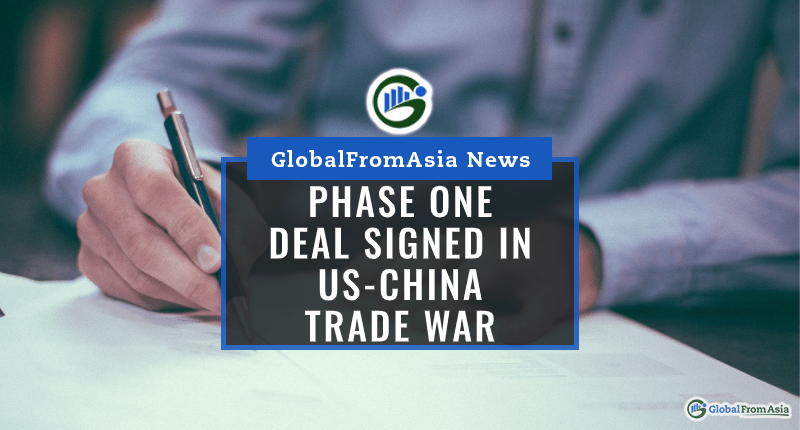 A Win for US Agriculture

President Trump signed the trade deal with top Chinese officials who were visiting Washington. The agreement finally comes after more than two years of back and forths and disagreements. The agreement has many considerations and is almost 90 pages long.

One big point in the trade deal is that China must double its agricultural purchases from the United States in the first year. This comes up to $12.5 billion in agricultural products. In the second year, this goes up to $19.5 billion.

The US’ agriculture industry was one of the hardest hit industries when the trade war started two years ago. Almost $30 billion was spent bailing out farmers in this period. China targeted the US farms by imposing tariffs on certain products like soybeans.

The agricultural products include cotton, pork, wheat, and more. The United States will be monitoring China to ensure it is living up to the deal.

The agricultural products are meant to be part of a bigger pledge package. The total package is valued at $200 billion and includes trades within the manufacturing and energy sectors. These other parts will be up and running by 2021.

The deal is seen as a good first step in the trade war. These purchases that China will be making help American companies have better access.

In exchange, the United States will be reducing the tariffs on Chinese products.These tariffs have significantly impacted the exports of China. Prior to the agreement, $120 billion worth of Chinese products have been affected.

The agreement will look to half the tariffs to 7.5% from 15%. Conversely, China has not made any intention to reduce their own tariffs on the US.

Apart from the decrease in Tariffs, China will be purchasing rare earth metals from the US. These products are yttrium and scandium. These are two parts that are vital to making lights and computers.

China has also committed to upholding the protection of American companies against the stealing of trade secrets. The US has feared the theft of trade secrets and intellectual properties.

President Xi Jinping wrote a letter that the top negotiator read. The letter said that this deal was a sign that the US and China could resolve their differences with words and negotiations. He also said that the deal was good for both countries and the whole world.

The next trade deal will be tackling bigger issues in both companies. These issues include Chinese subsidies to domestic companies and enterprises owned by the state.

When asked when the next rounds of talks will begin, the only answer was “soon.” Figures in the world of business urge President Trump to move the talks along as fast as possible.