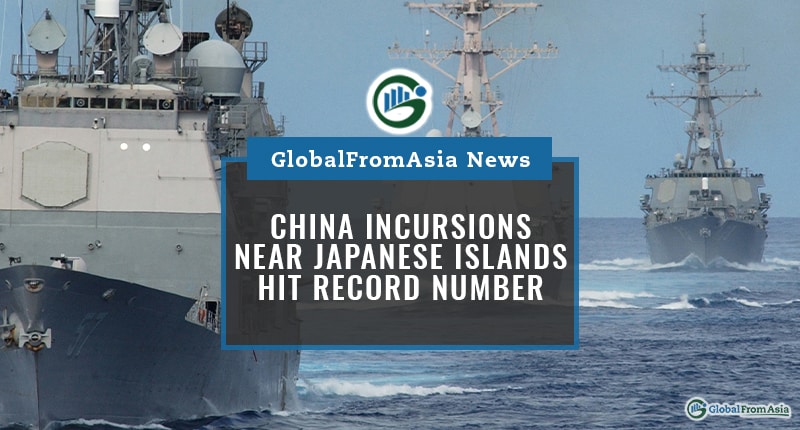 Tension is in the air (and in the water) this year. China has aggressively been navigating its ships into Japan’s waters. These include government ships and even China’s own coast guard ships.

This is not the first year that China has been sailing into Japan’s territory though. However, in the past year, they did so approximately only 200 or so times. This year marks an 80% increase of these incursions.

Currently, there is no clear reason to China’s recent aggressive incursion attempts. However, people can analyze the history between the two countries.

Back in 2012, the Prime Minister of Japan made a decision to purchase some islands. These were a group of uninhabited islands. In Japan, they were referred to as the Senkakus. In China though, they were known as the Diaoyus.

China has stated that these islands located near Taiwan are surrounded with natural gas deposits. They also say that it belonged to the Chinese back in the day, and should have been returned to them, along with other colonial possessions after the second World War.

Following this decision, the people of China started to carry out anti-Japanese demonstrations. Japan, and anything from the country, was being boycotted by the people of China. This was also the catalyst of their increased maritime patrols.

Ever since then, China has been making rounds to these islands.

Looking at China’s actions, it is clear that they did not like how Japan purchased the islands. However, since then, they have been hounding Japan to formally acknowledge the dispute happening around these islands.

China’s incursions have affected the fishery cooperatives in the Okinawa Prefecture. The people there state that they have been forced to back off due to China’s maritime patrols in the area.

Despite this maritime dispute, Japan Prime Minister Shinzo Abe has been seeking a way to repair ties with China. Most of his tenure has been spent trying to bridge the gap between the Asian economic giants.

Prime Minister Abe is slated to visit China later in the month. The hope is that the two presidents can work it out there. In public, both countries do communicate a message of fostering peace and cooperation between the two countries. Yet many disputes still remain unsolved.

A Japanese academic has been detained released. The allegation was that he was collecting information on China. He is just one person detained since 2015. Reports from Japan’s Foreign Ministry said that a total of 14 Japanese citizens have been detained.

Several Japan officials have also expressed support for peaceful protests in Hong Kong. Moreover, there is an effort from Japan to remove Huawei Technologies Co. from all future government contracts.

If relationships are to be repaired between these two countries, they need to find a way to resolve all of these issues.