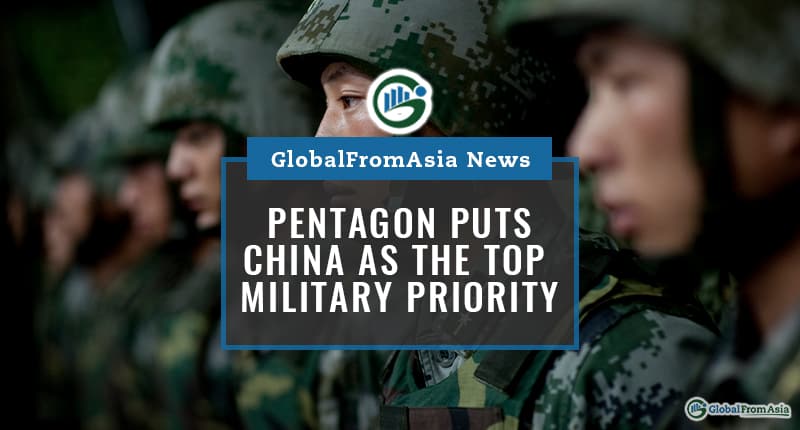 The United States’ Pentagon has put China on top military priority. China has taken the place of Russia as the top priority.

Moving Up the Ranks

On the economic front, the United States and China have painted a picture of cooperation and progress. Both sides have been saying that the trade deals are moving down the right path. However, things seem farther from the truth.

The United States commented on China moving up the military priority ranks. The main reason was due to China’s infringement into several of their neighboring territories. They called China’s efforts “brazen”.

Recently, China had been sailing awfully close to islands in Japan. The Japanese government said that these incursions have been happening quite often in the past year. The aggression of the Chinese naval vessel has increased more than the past years.

At the same time, China has been laying claim to several islands in the Philippines. They have gone so far as to build structures on some of their islands. This too has been going on for some years.

China has also been interfering in the sovereignty of Hong Kong. Protests have been raging for months. It has also been escalating in terms of violence.

The United States stated that these two things have a large impact on other countries. They say that it destabilizes markets and even increases the poverty levels of several countries.

Apart from these incursions, the United States has also called attention to the rapidly growing military of China. President Xi Jinping stated that he aimed to have a modernized military by 2035. In another 15 years, they aim to be one of the best militaries.

The United States sees all of these actions as breaking the current status quo.

US Defence Secretary Mike Esper stated that there is a stark contrast between the practices of China and the United States. The United States does things in a way that respects others and provides opportunities for other countries.

It is called the Indo-Pacific strategy. This strategy has political, geographical, and military policies all working to expand into that region. The strategy also aims to provide alternate growth points for countries in the region.

Finally, they also aim to contain the military powers of China.

Esper goes on to say that no other country can match what the United States does. They say this, not only referring to their might and equipment, but also of the things that they value.

He says that the United States values the sovereignty of nations, their independence, respect for international laws, and most importantly, the rights of every man and woman.

While this all sounds quite good, the United States is having a problem realizing it. Currently, President Donald Trump is busy trying to collect defense fees from certain countries.

Rather than doing this, a political consultant from Park Strategies said that President Trump should be trying to pull allies together.