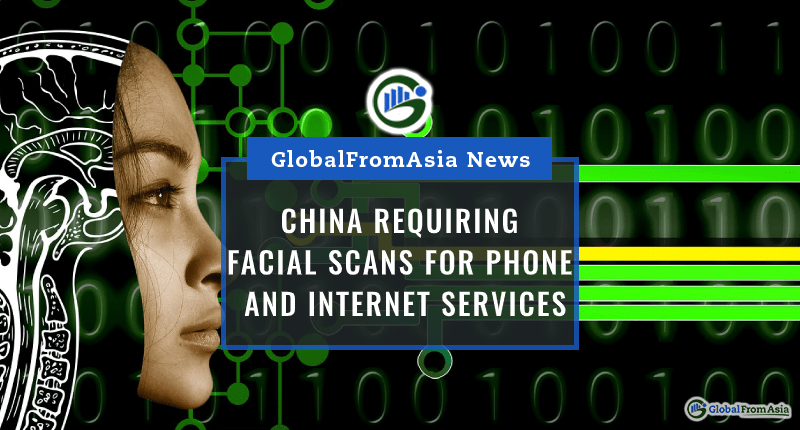 Chinese citizens are now being required to submit to facial scans to sign up for internet or get a new mobile number.

The Chinese government will be implementing this new piece of legislation on the first of December. Starting then, telecommunication companies will need to scan the faces of their people.

Apart from that, the new legislation will also prevent people from transferring their mobile numbers.

The move was done by China’s Ministry of Industry and Information Technology (MIIT). This is the agency that is responsible for the internet and technology legislation of China.

A statement was released by MIIT on these facial scans. They said that this move would further protect the rights and interests of citizens online.

Apart from that, these new initiatives will also allow the Chinese government to track the behavior of its citizens more.

At the time, they were already saying that this camera would have significant military and security applications.

The Chinese government has supported this special camera with another camera that can catch people’s movements. They are calling it “gait recognition.”

With this camera, they will be able to identify people based on how they walk, or their gait. It even has the ability to identify a person through their silhouette.

The gait recognition technology has already been rolled out to certain cities like Beijing and Shanghai.

These two pieces of technology are just a few ways that China’s government can monitor the citizens and their actions. Apart from that, it can be used to support its censoring initiatives that have burgeoned under President Xi Jinping.

Monitoring and censoring are two actions that President Jinping are currently pushing.

Five years ago, Jinping announced a “social credit system”. Under this rule, the majority of Chinese society is automatically ranked based on their good social standings.

When asked about this system, the Chinese government stated that they wanted to promote trust. They want their citizens to believe that having trust is a good thing, and breaking it is in their words, “disgraceful.”

It acts like a private credit score with banks. However, what is being measured is the behaviors of a person. As they do good or bad things, their social credit rating moves accordingly.

Some examples of actions to avoid are jaywalking, loitering, and not paying fares.

Depending on how your social credit rating is, people can either get rewarded or punished. Punishments include throttling people’s internet speeds, preventing your children from getting into good schools, banning you from transportation, and even having your dog taken away.

Much like the gait recognition technology, this social system has already been applied to certain parts of China. By next year, it will be implemented in full.

With the implementation of the two new hi-tech cameras, China’s government will be able to monitor the people closely. These actions will likely play into the social credit system in place.