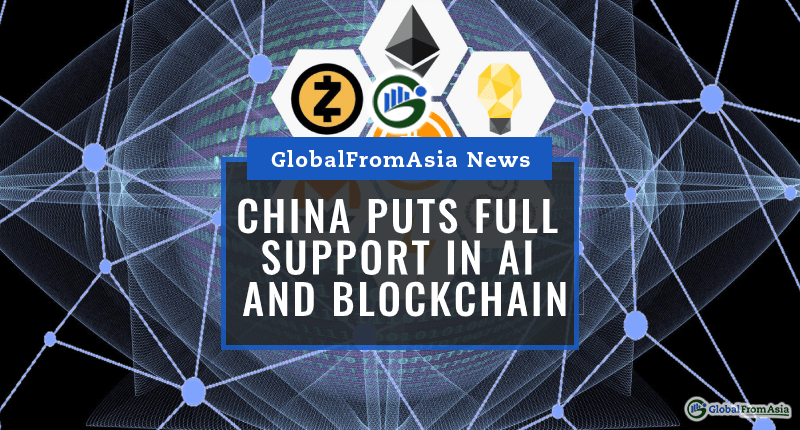 China puts their full support in developing artificial intelligence (AI) and blockchain technology domestically. The country sees these two technologies as important to the future.

Tech of the Future

AI is a technology that many people are trying to develop. Most people look at AI and think robots with consciousness. However, the uses of AI are broader than that. One of the big uses people are trying to capitalize on is how AI can recognize images and human speech.

China’s plans for AI started two years ago. They said that they wanted to be leaders of the industry by 2030. They will be pumping 1 trillion yuan into the industry,

Right now, China has already found a use for AI. They have rolled out a facial recognition software. They are using this software as a requirement for phone and internet services. There are also security uses as well.

Right now, China is focusing on facial recognition, speed recognition, using it for diagnosing diseases, and even self-driving vehicles.

While the United States still has the lead in AI development, China is closing the gap.

Another technology they are heavily supporting is blockchain. When cryptocurrency burst onto the scene, blockchain became a technology that needed to be used.

Blockchain is a security technology that keeps records and data secure. In the time of digital banking, there is a great need to keep data secure.

President Xi Jinping himself stated that China is in a very strong position when it came to blockchain. He wants them to seize the opportunity and take the lead with blockchain technology.

He also explains that blockchain is beneficial to many other industries. Apart from the finance industry, it can also be used for the education and healthcare industries.

Technology is a big part of China. It is actually one of the things that has helped the nation’s development. In fact, it has contributed to a third of their gross domestic product. This was done off the backs of certain companies like Alibaba and Tencent.

This digital economy is largely thanks to how many internet users are in China. In 200, there were almost 300 million internet users in the country. This amounts to roughly a fifth of their population. Today, the number of users has nearly tripled.

For years, China’ tech image was besmirched by allegations of copying. That stain is now coming off. Silicon Valley now identifies China as an innovating country that can get ahead of certain trends.

The United States has noticed China’s aspirations and potential. It has actually been a big factor in the on-going tradewars between the two countries.

Rather than trying to improve their own standing, the United States has instead taken to containing China. They do this by restricting access to their own technologies.