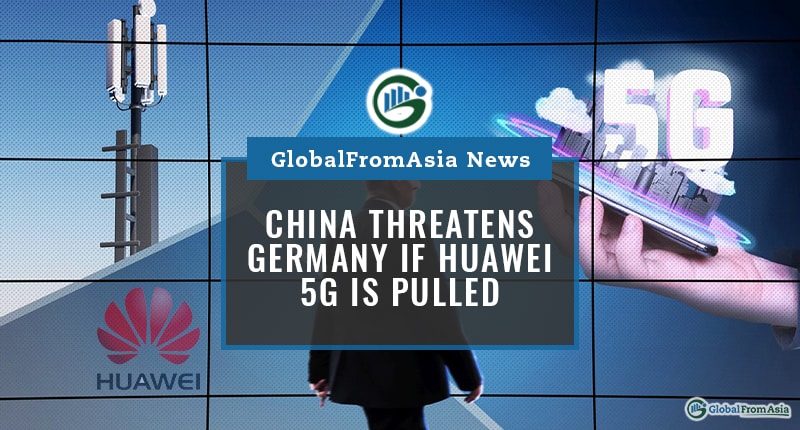 China has threatened Germany if they were to follow through on pulling the Huawei 5G technology.

China threatens retaliation if Germany pulls Huawei Technologies Co. from being the suppliers of the latest 5G wireless technology. The threat was not wholly empty though. The Chinese ambassador brought the millions of German cars being sold in China into the picture.

He stated that about a quarter of almost 30 million cars are being bought in China alone.

Wu Ken is China’s ambassador to Germany. He was the one who made the threat towards Germany. As he says, “there will be consequences.”

Ken asks the question, “Could we say one day that these German cars are no longer safe because we’re in a position to manufacture our own cars?” However, he answered the question with a no.

Germany’s impending decision actually stemmed from a new policy that lawmakers under German Chancellor Angela Merkel recently passed. The new policy aims at banning any vendor of 5G that is deemed “untrustworthy”.

The policy doesn’t explicitly state Huawei. However, it didn’t need to. Anybody who reads the policy can see between the lines and see Huawei there.

Germany has been having a series of discussion regarding Huawei. It has been going on for several months. These discussions were probably sparked by the recent allegations against Huawei. These allegations said that their equipment might be used for espionage and sabotage.

Despite this, the economy minister of Germany shares some wisdom that everyone should follow. He reminded everyone that no company should be singled out because of the new policy taking place.

Instead, the minister says that it should be an opportunity to ensure that all technologies and components used in Germany are to the highest standard; safety and quality-wise.

Door Closing? Or a Window Opening?

This policy is not the only one that is being aimed at Huawei.

Despite Ken’s comments, China sees this move by the United States as a positive.

Countering these new policies, China has banned all foreign tech from their country. They plan to remove all traces of these technologies in three years’ time. This is a difficult endeavor, as their local manufacturer of technology – Lenovo – still uses foreign parts.

Then again, this move by the United States could possibly be used as a pawn in the on-going trade negotiations. A “phase one” deal has already been ironed out.

The sad thing for Huawei is that they were left out of the deal. If it is being used as a pawn, Huawei will have to tough it out as the trade war continues.