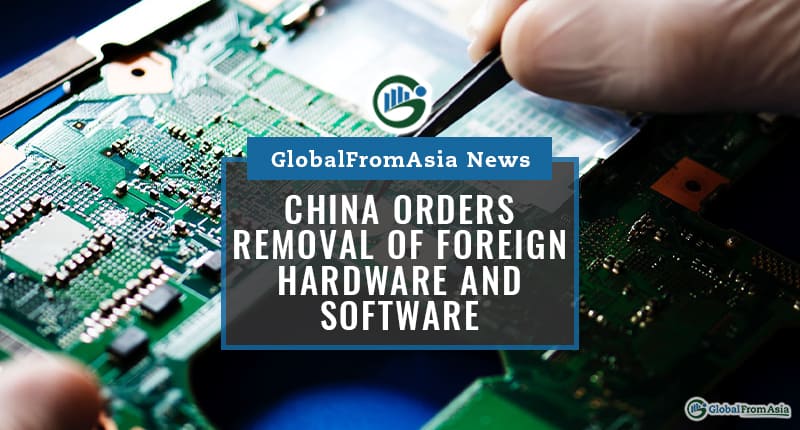 The removal of all of this tech is another consequence of the on-going trade war between China and the United States.

The trade war between the two countries has been going on for a good number of months. It once started with the exports of China. The United States is currently placing tariffs on China products.

However, with this move, it seems to be turning into a war for their tech brands.

This move from the Chinese government seems to be a blow aimed at foreign tech companies. These tech companies include giants like Dell, Microsoft, and Hewlett-Packard.

Moreover though, this forces China to be more reliant on domestically-created hardware and software. This specific directive was actually discussed earlier in the year.

A report showed that almost 20 to 30 million pieces of hardware need to be replaced. A plan is already in place for these replacements.

It is a massive challenge for China though. Currently, most (if not all) Chinese companies use machines from Lenovo. Lenovo is a company owned by China. The catch is the processor chips and hard drives come from American companies.

This comes as no surprise though. Similarly, the United States government actually started this move. US President Donald Trump started out these salvos by banning American companies from doing business with Chinese telecommunication companies.

This move by the United States affects Chinese companies like Huawei.Due to President Trump’s directive, giant corporations like Google, Qualcomm, and Intel have ceased all business with Huawei.

This move by President Trump has made it clear that this trade war is a marathon. As an article from MSN puts it, it is about which country has the strongest technology that can last for the next two decades.

China is optimistic about this moving away from Huawei though. A Chinese newspapers stated that this has been a move that has been planned for years. The paper calls the move not fatal for Huawei.

Once again, the silver lining they see is that they will be forced to stop relying on American companies. Instead, they must find local alternatives that will help bolster their microchip industry.

2 Comments on “China Orders Removal of Foreign Hardware and Software”