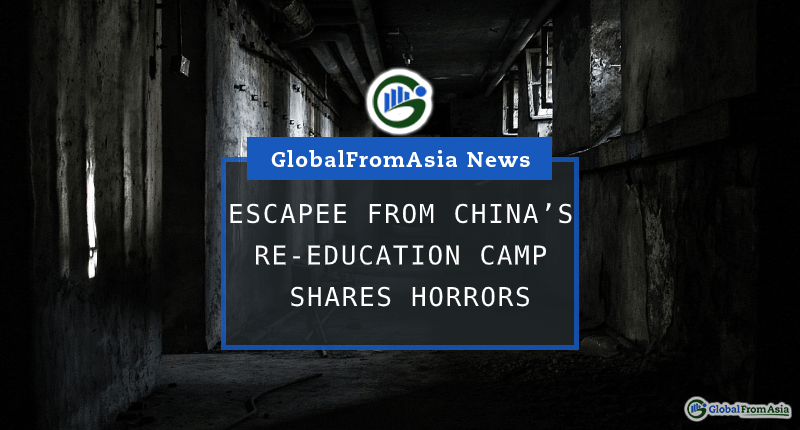 The Start of the Story

Her run-ins with the Chinese authorities began three years ago in 2016. At the time, the authorities were strengthening their surveillance on the Uighurs. This included confiscating SIM cards and installing security cameras.

The authorities even took DNA samples. The New York Times stated that they were building a bank with the Uighur DNA to track them if it ever becomes necessary.

Sautybay had already been arrested a number of times. She says that the authorities arrested her because her husband and child were in Kazakhstan.

Then, in 2017, she was taken away to the camp. She recounts that when she got to the facility, she was made to sign a piece of paper. This paper said that she would teach the inmates how to speak Chinese. Death was the alternative.

It also stated that she could not laugh, cry, and talk to the other prisoners.

Afterwards, she was given a uniform and was sent to her room. The room was small, with a concrete bed and thin mattress. Five cameras were attached to the roof.

In terms of living conditions in the camp, Sauytbay’s lodgings were a hotel compared to her fellow inmates.

The inmates slept together in a small room. All of them were chained by their hands and feet, even when sleeping. They had to sleep on their right side. Doing so any other way would mean punishment.

The inmates’ day started at six in the morning. They were given a breakfast meal consisting of soup with vegetables, bread, and rice.

Afterwards, their lessons began. Sautybay would teach them how to speak Chinese. She would also teach Chinese propaganda songs pro-communist slogans. They would take their lessons until lunch; a repeat of the breakfast menu.

When lunch ends, inmates are taken to “confession”. The inmates must confess past sins they committed. These included not understanding the Chinese language or its culture. From Sautybay’s statements, it is assumed that some people make up sins.

Failure to provide any sins during this session will result in punishment.

After their final meal of the day, the inmates are left to stare at the wall. Once there, they are tasked to reflect on the sins that they have committed. They must then write down the sins and submit it to the guards.

They would sleep at midnight (if they were lucky), and start their routine over the next day.

Sautybay says that all punishments occur in what they call, “the black room”. It was named that because people are forbidden to talk about it.

There are a lot of opportunities for punishments. Sautybay recounts that rape and gang rape is a weapon used against female inmates. She recounts a time where one inmate had just been raped. Unable to sit down for her lessons, she was brought to the black room.

Another instance had 200 inmates in a yard. The guards then asked the inmates to confess their sins. When a woman came forward and did so, she was then gang raped by the guards. The other inmates were forced to watch. If they turned away, it was off to the black room.

Inmates with diseases had their medications taken away. Instead, they were offered injections. These injections would allegedly protect them from diseases. However, Sautybay says they only served to cause memory lapses and impotence.

Eventually, Sautybay was sent home from the camp. But just three days later, they told her she would have to go back. This time, she would go back as an inmate. She made for the border of Kazakhstan and now has asylum in Sweden.

While she was able to escape, many more Uighurs are still toiling in the re-education camps.

Years ago, China vehemently declined the existence of these camps. However, when photos of these camps began popping up, they changed their tune.

The Chinese government was asked to comment on these camps. They said that these were vocational camps that were training the Uighurs and stopping all forms of extremism.

This is not the first time that China has tried to control their population. For years, the Chinese people had been warring with the Uighurs. It is just that now, they are trying to incorporate elements of their minorities into their country.