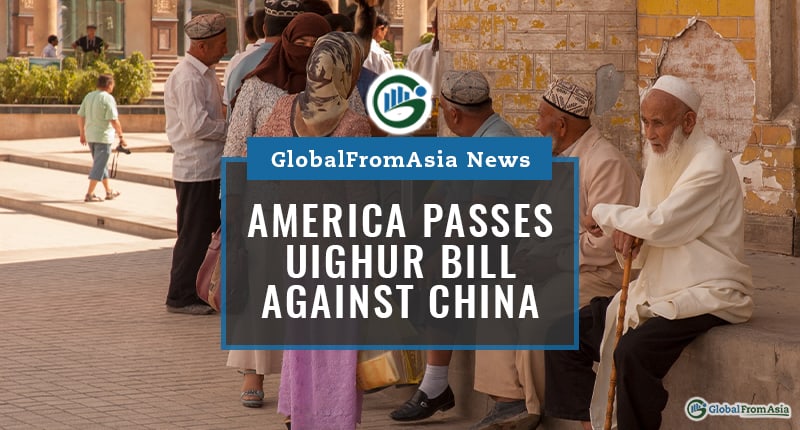 The United States has just passed the Uighur Bill. This bill will allow for sanctions to be placed on Chinese officials that have been harming the Uighur population.

It comes as no surprise that the United States House of Representatives voted favorably for the Uighur bill. Just recently, they also showed overwhelming support for the Hong Kong Human Rights and Democracy Act.

Much like the first bill, this now lays in the hands of United States President, Donald Trump. If history is any indication though, the massive support for the Uighur bill will also mean that President Trump will sign it.

Last September, a similar bill was also voted on. However, this recent voting showed a massive improvement for the bill and the support for it. It was passed with a 407 to 1 tally.

Before the bill is signed by President Trump, both versions of the bill must be reconciled. Only then will it hit the President’s table.

Urging for the Uighurs

It is officially called the Uighur Act of 2019. It is aimed at helping out the Uighur population in China.

Recently, reports have been coming from multiple sources that reveal the mistreatment of the Uighur population.

One report was from an escapee of an Uighur detainment camp. In it, she exposed the horrific mistreatment of the Uighur population.

She said that these people were being herded into “camps”. Inside these camps, she was tasked to teach the Uighur population the Chinese language, as well as slogans and other propaganda that supported China.

The government terms these as “re-education camps”. Their solution for the Uighur population was to hopefully mold them into Chinese supporting citizens.

The way they did this was violent and inhumane. They would beat up people in the camps. Women were being berated and even raped. Some of them were even killed if they stepped out of line.

Furthermore, it was exposed that there has been a mass surveillance effort in China. Using smartphones and certain apps, they collect data and look for “patterns of terrorism”.

With the Uighur Act of 2019, it aims to make the Chinese government close down these re-education camps. Furthermore, it also wants to put sanctions on several Chinese officials who supported or were behind the existing Uighur policy.

House Speaker Nancy Pelosi delivered an impassioned speech on what China was doing. She stated that the human rights of these people have been trampled on. She also says that it is an outrage to the conscience of the world.

Through the bill, the State Department would have to create report regarding the efforts in Xinjiang. They would have one year to do so.

In addition, the Commerce Department will also be banning exports from the United States to Xinjiang groups. These are the groups that are most likely collaborating on the surveillance and mistreatment of the Uighurs.

One Comment on “America Passes Uighur Bill Against China”