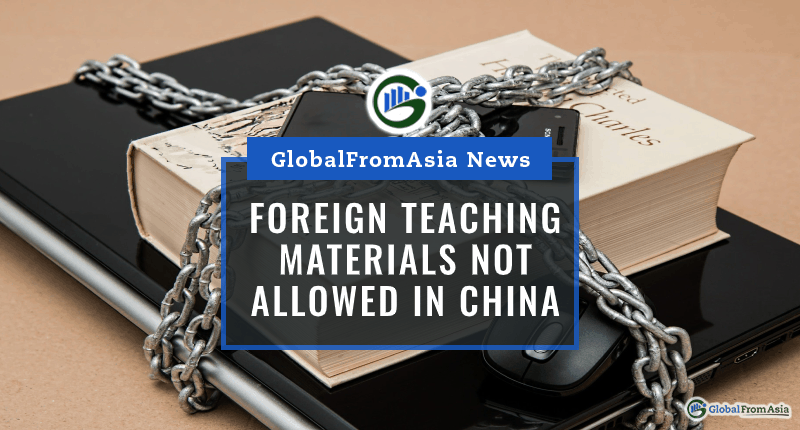 A new guideline has just been enforced on China’s education system. The new guideline states that all foreign teaching material will no longer be allowed in China.

This new ban on foreign teaching materials will apply to all primary and secondary schools. Both public and private schools need to adhere to it. The only exception would be senior year in high school. However, it is only in schools that have partnerships with foreign schools.

This new guideline was published by the Ministry of Education earlier this week. When asked about it, they said that all teaching materials need to reflect the guiding principles and styles of their country. They mentioned Marxism as one guiding principle.

They further explained that this move will allow teaching materials to “reflect the will of the party and country”. China shares the sentiment that the youth are the future of every nation. As such, they hope that the up and coming students help revitalize the Chinese nation.

There are touchy subjects that students need to learn about though, like religion and the sovereignty of a nation. These teaching materials will be written directly by the MInistry of Education and distributed to schools directly.

A spokesperson from the National Textbook Committee office echoed the sentiments behind this foreign teaching material ban. He said that it was being done in order to strengthen the position of the Communisty Party on China’s education system.

He also outlined the next steps they would be taking. They would create a system for Chinese philosophy. They would also speed up the creation of teaching materials that would help their people research the Marxist ideologies better.

This move has not escaped the gaze of skeptics. One professor at the Chinese University of Hong Kong said that this was all part of China’s thought control apparatus. She said that it is a massive effort that sees China close off any outside influences.

She was also quick to point out that this foreign teaching material ban came at a time when protests in Hong Kong were reaching a fever pitch. The protesters in Hong Kong are openly turning their backs on the values of the Communisty party.

This is only one step in China’s plan to ensure their power and influence stays strong.

Finally, even technologies are being expunged of any and all traces of foreign lands. The government ordered the removal of foreign hardware and software.