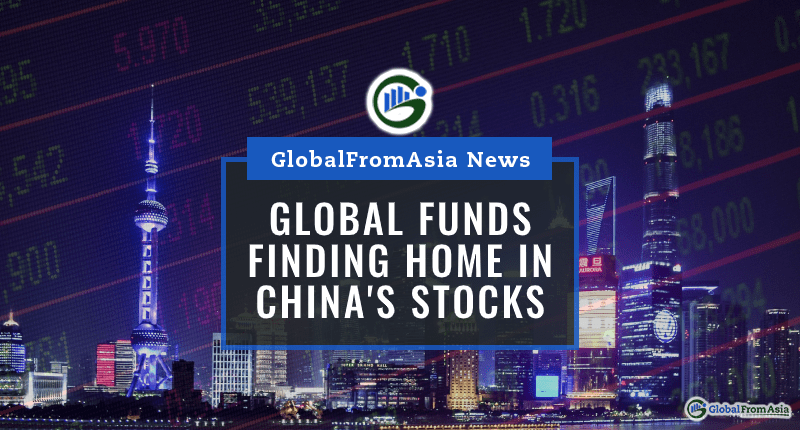 Global funds are finding their way to China’s stocks amidst market dislocations caused by pandemic.

The head of flow tracking at EPFR stated that managers from around the world are reshuffling their holdings. This was triggered by the chaos in their own markets due to COVID-19. Some experts see this move as something that will continue through to the long-term.

We can see the chaos in the United States (U.S.). Stocks in the U.S. have reached a three-year low this March. Inversely, stocks in China have stayed strong amidst the pandemic.

Funds have already been allocated to Chinese stocks. More than 800 funds have mostly reached their nearly USD $2 trillion in assets under management. This is a 20% increase from the prior year, and an approximately 17% increase from six years ago.

Data from the EPFR showed that dedicated China equity funds have seen outflows in the previous weeks. This is because several of these funds needed to meet redemptions or the customers were requesting for cash.

EPFR states though that the outflows are merely temporary. The funds invested across various regions are staying put in China, with other markets feeling the consequences. This is being done to reach the overall investment return goals.

Certain investment funds intended for global emerging market stocks have an average allocation of 34% in China. For funds invested in Asia, except for Japan, the average is at 38%.

For months, the U.S. and China have been having trade war disputes. Prior to the pandemic, both countries had taken steps forward in their trade agreements. However, they are back on shaky grounds.

Considerable political pressure is being put on the U.S. They are being pressured to stop investing in Chinese companies.

Apart from that, certain reports have surfaced about companies in China having fraudulent activities. Just recently, Luckin Coffee – a Chinese coffee company – was found to be falsifying their own reports in 2019.

Despite these though, investor interest in China are still quite high. This includes the U.S.

They are currently valued at USD $5 billion.

Morgan Stanley just released a report on May 6 stating that they prefer mainland Chinese A-shares. This was opposed to the counterparts listed in the U.S. As such, Morgan Stanley is recommending investors to buy the Chinese shares.