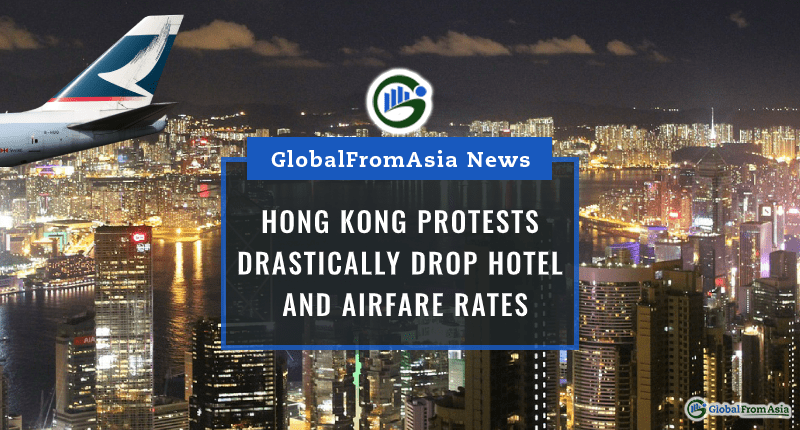 Winland 800 Hotel is a three-star hotel in Hong Kong. It can be found in the Tsing Yi district. It has 800 rooms for occupancy, and has a seaside view, internet access, breakfast, and more.

From what it offers, it sounds like the price is quite high. However, the recent protests have hammered down the prices. Now, the prices are only a shell of what it once was.

This is officially the lowest rate this hotel has seen since last March. Back then, it came in at a little over HK$200. The current price reflects an almost 70% drop in prices.

In an effort to stay afloat, Hong Kong hotel operators have reached out to their government. The assistance they are requesting comes in the form of the flat out drop of rental prices for the hotels.

Girish Jhunjhnuwala, founder and chief executive of Ovolo Group, stressed that the tourism industry was hit the most during the protest.

He calls for the rent to be waived for at least a year. He also has other suggestions. These include a fund for the hotel industry, presenting incentives to foreigners to visit, and foregoing any interest rates of loans taken by hotels.

With the astronomically low hotel room prices, another idea has been floated to allow people to rent hotel rooms by the month. While retail prices, hotels, and airline prices have dropped, Hong Kong’s real estate industry remains strong.

Allowing hotels to lease rooms long-term will solve the housing issue of people in Hong Kong. However, in order for this to happen, the government has to greenlight it first.

William Cheng, chairman and chief executive of Magnificent Hotel Investments, shares his solutions too. He says that if the government allows it, there are many large buildings that can be repurposed as hotels and made available to the public.

He adds that doing so will allow the industry to provide half a million rooms for rent to the people of Hong Kong.

Hong Kong has also tried to boost its tourism and lure foreigners to the country in turmoil. They have done so by making the price of flights to Hong Kong very affordable.

Cathay Pacific’s flights from Vancouer to Brunei and Paris each cost $200+ (USD) and $500 (USD) respectively. A flight from Hong Kong to Los Angeles on the other hand costs $153 (USD).

Amrit Sethi, an office manager in a Hong Kong-based travel agency, said that the prices were unheard of.

While the destinations and the airlines change, one can see how the low rate of flights to and from Hong Kong may be appealing to certain individuals.

The drop in prices came due to the decrease in passenger numbers. Last August, the protests caused the Hong Kong airlines to close for a short period of time. Passenger numbers fell by 10% then.

Airlines are trying their best to fill their flights. They now offer flight deals. These include:

Despite these efforts, people’s reactions have been lukewarm. Part of it is due to the protests becoming hitting international shores.

At the same time, people are not able to capitalize on these deals immediately. Some people are unable to take time off to avail these deals.