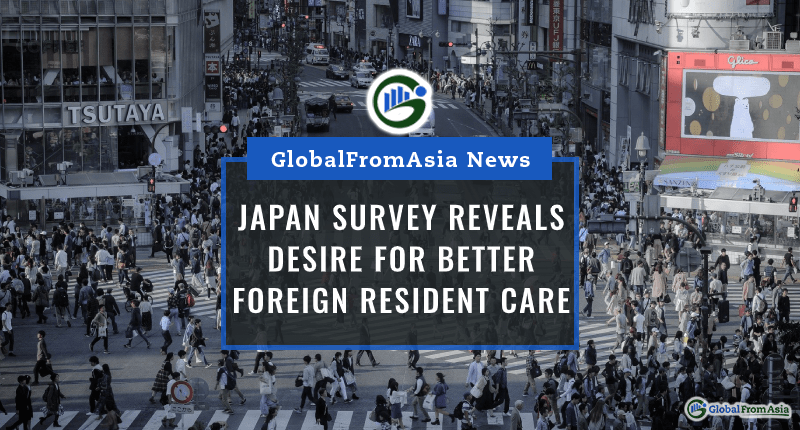 A recent survey revealed that the Japanese citizens desire a better environment and care for foreign residents in the country.

For the Foreign Residents

The survey was carried out by the Japanese government. It was requested formally by Japan’s Immigration Services Agency. The survey asked more than 1,500 respondents, aged 18 and above. It took place over 10 days last November. This survey is conducted every five years.

For the first time since the survey was created, it included questions about refugees and foreigners working in Japan.

The biggest thing that can be picked out from the survey is the desire to create a better environment for foreign residents.

For one, they wanted to focus on the living conditions of these foreigners. These are things that relate to their daily life in the country.

Officials from the Japanese government said that this survey was very important. It was all because of the immigration law amendment that took place last April. After the amendment, more than 300,000 immigrants came in.

However, this also opened the door for many refugees to come into the country. More than 50% think that the number of refugees in the country is low. Despite this, there is also a growing concern about the need to keep the refugee numbers manageable.

On Refugees and Other Matters

When the immigration law was amended, there was an influx of foreign immigrants seeking to work in the country.

A separate question in the survey revealed the concern of the citizens regarding the acceptance of more refugees. Their concern stems from their worries about rising crime rates, cultural assimilation, and the tax on the public funds.

The data from this survey will guide the government on addressing these issues. One professor praised the Japanese government in their proactive move to listen to the people’s opinions on certain matters.

This professor explained that the survey’s results showed that the Japanese people recognize the need for foreign residents. It is an indication that their current system needs to be analyzed and re-evaluated for seeing foreign residents as equals in their country.

In the recent months, Japan has also released a survey on the aspirations of the Japanese youth.

That survey showed how the majority of the young in Japan have little to no aspirations for their future, or that of their country.

These surveys serve to illuminate certain problems and issues that the government can address. It is up the government to interpret these data sets and see what they can do to solve these problems.