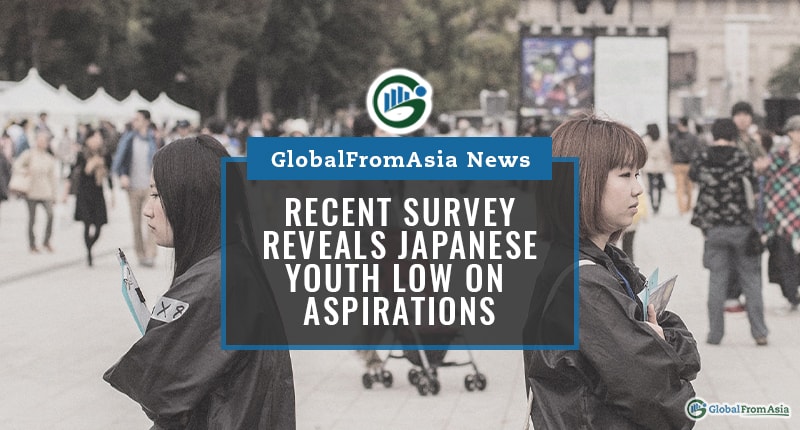 A recent survey revealed that young Japanese citizens have low levels of hopes and aspirations. This survey was done by the Nippon Foundation. They interviewed over 9,000 citizens under the age of 18 in nine countries.

Bleak Statistics for a Bleak Future

The overall status of the survey shows that the younger generation in Japan have a bleak outlook on their country’s future.

It is quite common to have some pessimism regarding their country’s outlook and future. In similar surveys across the globe, there have always been results that have shown this. The biggest outlier is China. Around 96% of their respondents thought their country would improve.

However, the Japanese youth always seem to rank the lowest across most (if not all) survey categories.

For instance, of all the respondents, less than 10% felt that their country would get better over time. Less than 20% of them felt that they could affect any meaningful changes in the country by their efforts alone.

This is an odd statistic, as Japan stands as the third largest economy of the world. Despite living in a robust economy, the youth in Japan seem to lack any hope for social change.

Less than 50% of the respondents said that they actually had a social issue they wanted to change or fix. This statistic is actually a misfit in itself. It doesn’t quite add up to the bleak outlook that majority of them hold.

It is currently unknown whether their affluent position fuels this.

As discussed, only 20% thought they could contribute to any significant change. The interesting thing about this statistic is that it is less than half than the country with the next lowest level. This is South Korea, which ranks at the high 40%.

How Does One See Itself?

The Nippon Foundation was trying to analyze the data. They were trying to find the reason behind this outlook in the Japanese youth.

This could be a main reason why the Japanese youth don’t have a positive outlook on the future.

While this could be the case, another strange finding comes into place. With social awareness low, it is still possible for the youth to be positive with their own hopes and ambitions.

Strangely enough, Japan also ranks the lowest in having dreams and ambitions for themselves. Only 60% of them have hopes for their own future.