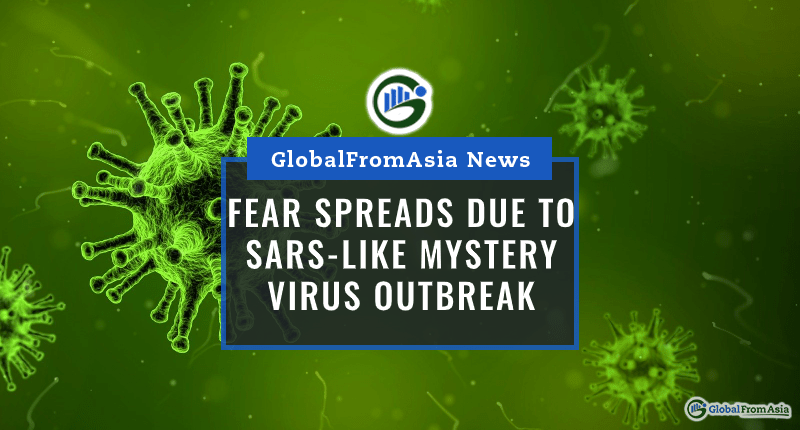 Fear spreads to Asian governments as SARS-like virus is detected in China. These include Hong Kong, Taiwan, Macau, South Korea, Malaysia, and Singapore.

A mysterious illness has infected more than 40 people in China. The virus has flu-like symptoms. It includes fever and breathing difficulties. Health authorities think that these symptoms resemble that of the SARS virus. This virus originated in China 17 years ago.

The most recent outbreaks were located in Hong Kong. Five people had this disease after they visited Wuhan, the capital of China’s central Hubei province. It is four hours away from Hong Kong via train.

Doctors saw symptoms of fever and respiratory infections in these patients. However, most of these patients have recovered. Two have already been discharged from the hospital. One has been tested for SARS, but was cleared of it.

The remaining two patients are continuously being tested. Nothing conclusive has been said about their illness.

Health authorities have determined that it cannot be transmitted between humans. This is further strengthened by the fact that no medical staff has been infected.

One interesting thing about the outbreak though is that all of the patients who got infected worked in a seafood market. Despite the nature of the market, other animals were also sold. These animals include snakes, rabbits, and even pheasants.

One microbiologist from the University of Hong Kong likened this virus to SARS and even the bird flu from 1997. The biggest linking factor between these diseases is that they may have all come from animals.

This mystery illness has got governments on high alert. Several measures are being taken to protect respective countries from the possible spread of this virus.

Governments have set up extensive screening tests at borders around Wuhan. Temperature tests are being set up in airports as well.

The Hong Kong government has added other measures. Each day, their government will be announcing any new cases that might pop up.

Like other governments, they’ll be installing thermal imaging systems at the Hong Kong International Airport. They will also be increasing their efforts to disinfect trains and plains.

Finally, they have also created an incident management team specifically for this disease. This team will ensure that communication lines remain open and that the detection systems are operational and “sensitive”.

This illness popping in China is an interesting and head scratching turn of events.

Just last November, there were reports that the black plague popped up in China. This is the same black plague that ran roughshod throughout Europe in the medieval ages. It killed many people.

The question needs to be asked: is there a disease problem in China?