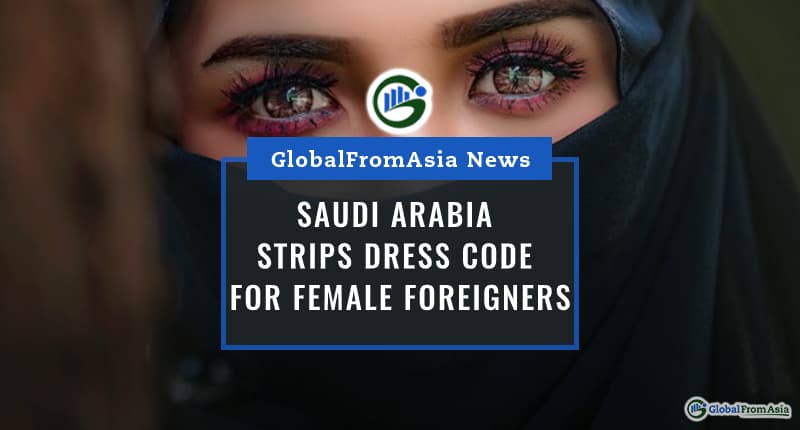 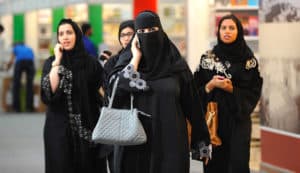 For the first time in history, Saudi Arabia will be relaxing the female dress code for female foreigners who are coming in to their country.

Women who live in Saudi Arabia must wear an “abaya” at all times. This is the long black garment that covers most of their bodies, save for their hands and face. Even when foreign women visit Saudi Arabia, they have to wear the abaya.

At least “had” to. This dress code will no longer apply to women who fly in from foreign countries. However, key adviser and tourism chairman Ahmed Al-Khateeb says that they will still be required to dress in a modest fashion.

This development comes right after the Kingdom of Saudi Arabia opened applications for online visas. These online visas are currently being offered to 49 countries. Others not on the list can still apply via their consulates.

Interestingly enough, this also comes a week after Saudi’s biggest oil field was attacked by drones.

The countries include the United States, Singapore, United Kingdom, and China just to name a few.

When asked why they are now doing this, Saudi officials say that this is a good way to bolster the economy of the country. Their robust and mammoth oil sector is the biggest contributor to their economy.

They target to have more than 60 million tourists visit by the year 2022, and 100 million by 2030. In its current state, tourism figures reside at 40 million. These projected figures include tourists both local and international.

For Al-Khateeb, he states that tourism is indeed one reason to open the Saudi nation. He also points out that with tourism comes also the possibility of foreign investors. People can now come and view the various opportunities available to them.

The government is not the only party that is excited about the opening of their tourism sector. Citizens of Saudi Arabia are also excited about the prospect of having foreigners come in to their country. For them, it creates a multitude of job opportunities. It also opens up the possibility for the sharing of cultures in a more open way.

However, this “cultural” aspect is still a big question mark to various groups within Saudi Arabia.

How Open Will These Doors Be?

While the dress code for foreign females has been relaxed, there are still certain questions about how this will affect all of the other cultural rules that Saudi Arabia has up.

For one thing, alcohol is strictly prohibited. At the same time, couples that are not married cannot stay together in the country.

A slim gray light shines on the latter issue though, as it has been reported that several hotels not ask the marital status of couples who come to stay.

Seeing certain practices being done by tourists may bother the local people. Yet Al-Khateeb is confident that the people will welcome tourists with open arms.

He reminds the people that Saudi Arabia has taken great strides in progression. Recently, the driving ban for women has been lifted. They have also introduced having inter-gender concerts and movie cinemas.

When he was asked about whether or not women within the Saudi nation will ever live in a time that will not require them to wear abayas, he declined to comment. He said that they are not having that discussion, as it is not a problem. “It is part of our culture,” he says.