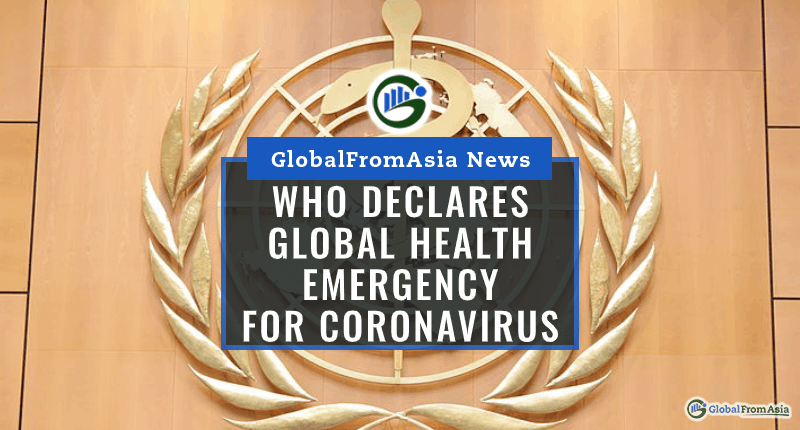 The World Health Organization (WHO) has finally declared a global health emergency due to the Coronavirus.

This is not the first time this issue has been brought on the WHO’s plate. They had been mulling the idea since last week. However, the Chinese government was able to placate the WHO at the time.

Now though, the WHO is unable to ignore what is happening. There have been more than 200 deaths in China, with 10,000 citizens afflicted and counting.

However, The decision to declare the global health emergency was due to the number of Coronavirus cases popping up around the world.

The main concern is that it may spread to other countries whose health systems are unable to handle it. Currently, close to 20 countries have contracted the Coronavirus. So far, there have been no deaths overseas.

The countries that have cases of the Coronavirus include Japan, Germany, Philippines, the United States, just to name a few.

When the virus started, China had set up measures to handle the outbreak. These measures were mirrored in neighboring cities, as well as in other countries. Unfortunately, it was not enough to contain the virus.

Russia has also taken measures to keep its citizens safe. They have closed the closest border that they have to China.

Taking the Crown of the Coronavirus

With the recent surge of foreign cases, the quest for the Coronavirus’ cure is now being pushed harder than ever before.

Alibaba owner and richest man in China, Jack Ma, stepped in to help the cause. Ma has donated more than $14 million to help find a vaccine. About $6 million went to two of China’s government organizations. They are currently working on finding a cure.

The rest of the money will be spent on strengthening the support and treatment of those afflicted.

Prior to the $14 million donation though, Ma had already donated close to $150 million. This money is currently being used to purchase medicine for the Wuhan and Hubei provinces. These two princes are known as ground zero for the Coronavirus.

However, hope may be closer than people thought. In nearby Hong Kong, experts have just revealed that a Coronavirus vaccine has already been developed. They are currently asking for more time to test the vaccine.

The Hong Kong researchers said that they began creating the vaccine from the first known case of the virus. It is said to be based on a influenza vaccine nasal spray the same team developed.

While hope may be around the corner, the Hong Kong team stresses the need for time. They say that it may take months to test on animals. Another year could go into testing it on adults.

Many other countries are also racing to create a vaccine for a disease that is spreading at an alarming rate.

One Comment on “WHO Declares Global Health Emergency for Coronavirus”