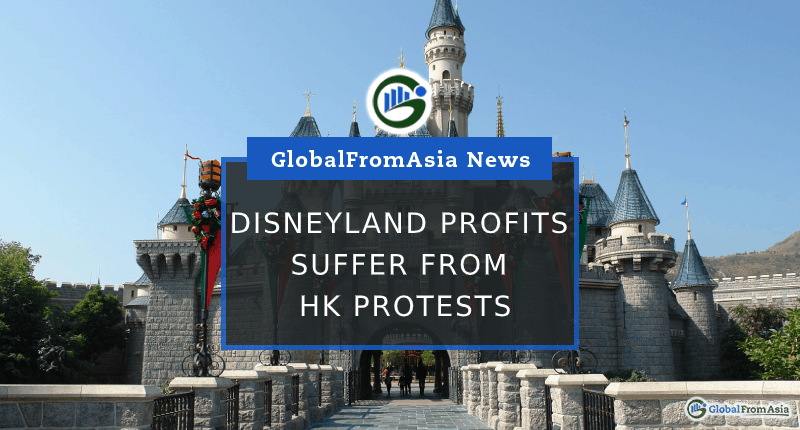 All is Not Well in Disneyland

Disney is currently enjoying a massive upswing in business. This was jump started by the quality films that Marvel Studios was creating. Avengers: Endgame managed to rake in more than a billion dollars.

Several titles are already lined up for Disney. The next phase of Marvel films have been lined up, as well as the final Star Wars film.

In addition, Disney’s own streaming service – Disney+ – is on the horizon. It will act as the platform for all their old and new projects.

It comes as no surprise that Disney’s fourth quarter returns were monumental. They reported a more than 30% increase from the previous year. After reporting their revenue at a little shy of $20 billion, stock prices increase by 5%.

However, not everything is rollercoasters and Mickey Mouse parades. Months have passed since protests and demonstrations started in Hong Kong. Despite the extradition bill being pulled, the intensity of the protests continued to strengthen.

These protests are affecting several factors in the country. Hotel rates have dropped, tourism rates have declined, and stores are struggling to make a profit.

These problems have also spill over to Disneyland. Reports state that if this continues, income at Disneyland Hong Kong could drop by $275 million. This drop is throughout their fiscal year which ends next September.

Christine McCarthy, Disney’s Chief Financial Officer, shed some light on the state of Disneyland. Since last quarter, Hong Kong Disneyland’s income has dropped by $55 million. If it continues, the figure could increase to $80 million lost by this quarter.

She indicates that the Disneyland in Hong Kong is affecting the overall parks. Other parks in Shanghai and Paris are growing. Despite this report, Disney’s parks and experiences have reported an income of more than $1 billion for this quarter.

While it has not dented Disney, this news only puts into perspective how the sustained protests in Hong Kong have affected numerous sectors.

It is official: Hong Kong is in recession.

In the previous quarter, Hong Kong’s economy went down by a little more than 3%. When that news came about, there were no signs that the protests were even slowing down.

It wasn’t as if Hong Kong was having a great time prior to the protests. Hong Kong was already affected by the trade wars between the United States and China. However, the protests seemed to be that little push towards economic abyss.

Hong Kong has acted as the middleman. This has been a key to their success. They are the midpoint between China and the rest of the world. Most Chinese technological advancement companies had breakthroughs in China.

Now though, things seem bleak for Hong Kong. Both short and long-term plans have been affected by the protests.

In addition, Hong Kong struggles to find that spark that can start their country’s growth again. Current businesses are suffering and failed to uphold the economy of the country. Consequently, startup businesses are also struggling to procure the support they need to thrive and make a difference.

One Comment on “Disneyland Profits Suffer from HK Protests”