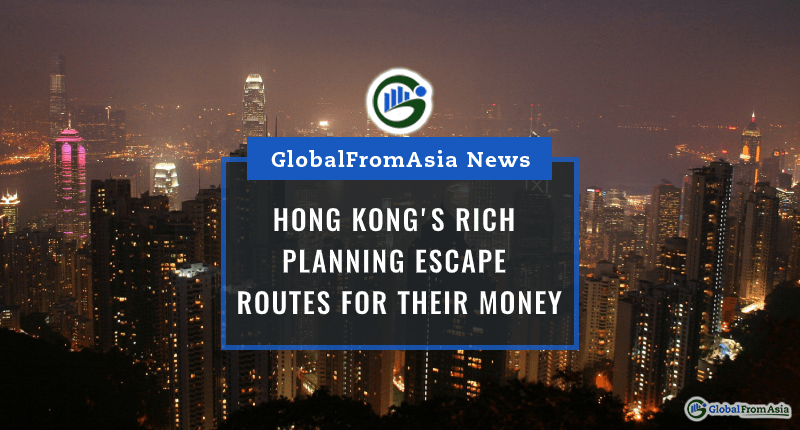 The rich citizens of Hong Kong are planning escape routes for their money. Several banks are reporting on some activity from Hong Kong’s rich.

There are rumblings from the biggest banks and bankers. They say that the wealthy and affluent of Hong Kong are opening several offshore accounts. This is the response if the protests get way out of hand.

Swiss multinational investment bank UBS also reported that many clients are setting up their backup plans. The chief of UBS added though that this diversification over several locations is nothing different.

DBS Group Holdings Ltd. stated that accounts were being opened months ago already.

With all this movement, Goldman Sachs Group CEO shed some light in an interview with the New Economy Forum in Beijing. He said that despite the increasingly violent protests, there are no significant movements with their clients’ accounts.

However, he indicated that “the situation” needs to be resolved as soon as possible.

Unrest has reached the financial sector though. Employees in the banking sector are not immune to the civil unrest. The protests have caused panic for the bankers. They are now scrambling to look for jobs abroad.

Apart from that, one banker was detained by police. Another employee from a big bank was punched outside the offices. Moreover, the tense atmosphere in the streets has also spilled over to the bank’s office space.

Despite all of these happenings, Goldman Sachs Group CEO reinforces Hong Kong’s position in the financial sector. He says that Hong Kong holds an important part in Asia as a financial center.

He also says that China understands how important this position is and wouldn’t do anything to jeopardize it. The whole world also understand the important part that Hong Kong plays.

The prolonged protests have been slowly chipping away at Hong Kong. The retail sector has drastically suffered from the protests. The revenue of shops and services is terribly low. This is mostly due to the protests happening in important areas of the country.

Hotels and airfare rates have similarly gone down. This is because people are hesitant to visit and stay in Hong Kong in these trying times. Even Hong Kong Disneyland has reported affected profit margins due to the protests.

Hong Kong is currently spiraling out of control. Protests have reached a fever pitch, with violence escalating at an exponential level.

This past week, students were in a battle with the police. Students holed up in universities. The police charged with assault rifles, tear gas, rubber bullets, and more. Hundreds to thousands of protesters have already been detained.

The United States has already passed a bill supporting Hong Kong. It is currently pending the approval of President Trump.